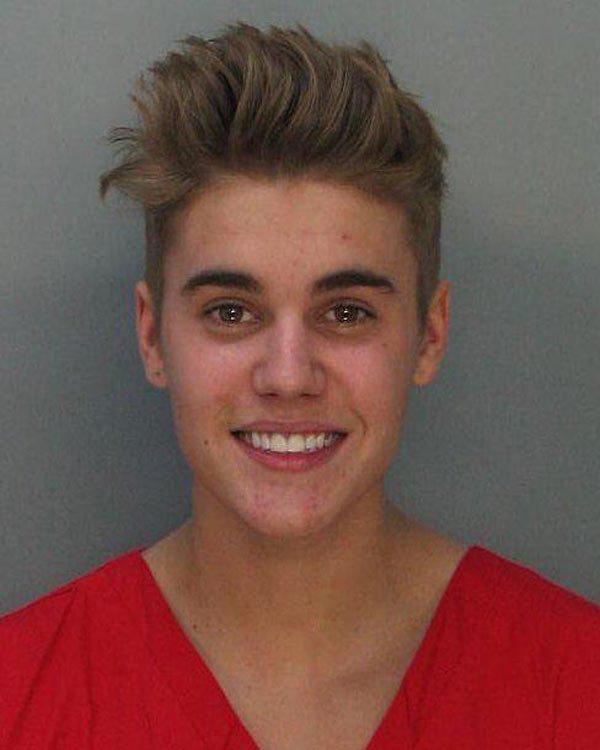 On June 4, 2015 Justin Bieber was found guilty of assault and careless driving in an Ontario, Canada courtroom. And even after having been found guilty, the Biebs still doesn't have a "care" in the world.

This case stems from an incident that took place in 2014, when Bieber was arrested on September 1, 2014 near Stratford, Ontario after his ATV collided with a minivan. We can only assume that minivan was packed with a ton of screaming children -- screaming not because they got hit, but because of who hit them! Bieber was released on condition of a "promise to appear" and indeed he did. Well... by video hook-up at least.

Tough times for the Biebs. In the same month as the incident in Canada, Bieber plead guilty to careless driving and resisting arrest (without violence) in a Miami DUI case. He's becoming a worldwide criminal. And in July of 2014 he accepted a plea deal to settle a misdemeanor vandalism charge after egging his neighbors home. Egging? Really?! The deal included two years' probation and $80,900 restitution for the damages caused. What kind of eggs were these? Dinosaur eggs?! This on top of a requirement to stay at least 100 yards away from the victim's family. If Bieber plans on egging them again he'll need a pretty big slingshot.

Speaking of a worldwide criminal, it was reported in April of 2015 that a judge in Argentina had asked Interpol to issue an International alert for the pop-star after his failing to appear in court on charges stemming from an incident where Bieber was accused of ordering his bodyguards to assault a photographer outside of a nightclub. Read more about Bieber's International legal troubles, along with a run down of his domestic trials and tribulations. Also check out this video of Bieber going nuts over a photograph!