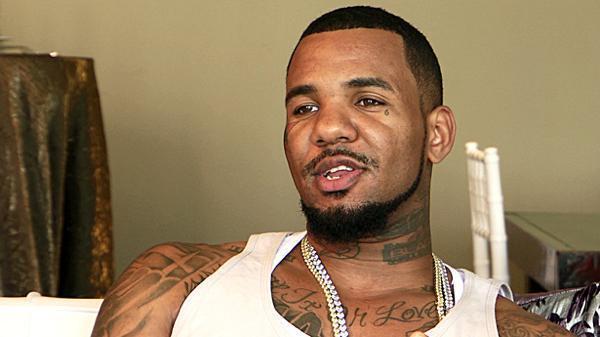 Rapper Jayceon Terrell Taylor, better known as The Game, or simply Game was arrested on June 8, 2015 in connection with a violent altercation he had with an off-duty Los Angeles Police officer earlier this year. Of course we can't help but say we hope Taylor realizes life isn't a game!

The Game surrendered himself to the LAPD and was booked on suspicion of felony criminal threats. He later posted $50,000 bail and was released. The incident surrounding his arrest occurred at what seemed to have been a friendly basketball game back in March of 2015. It was all caught on video which can be seen below (courtesy of our friends at TMZ.)

Having watched the video with a bit of a background, one has to ask, if this guy wouldn't have been a cop would The Game have been arrested? A seemingly small altercation between 2 players, ends in a punch to the face and then $50,000 bail? We don't think so!

Legal troubles are nothing new to The Game (check out his criminal past) especially when it comes to "the game" of basketball! In May of 2007, Game was arrested in connection with an incident that occurred at a basketball game in Los Angeles a few months prior where he threatened a person with a gun. The Game was arrested and released the next day after posting, guess how much, $50,000 bail! This must be the special price for crimes committed on the court. For this incident after pleading no contest to a felony weapons charge, the Game was sentenced to 60 days in jail, 150 hours of community service, and three years probation.

Let's see how this game ends for him this time! "Don't hate the player, hate the game!" Errr, never mind.