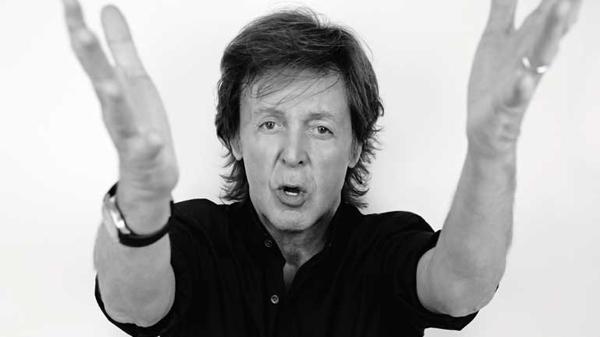 At the end of May 2015, it was reported that Paul McCartney had given up smoking marijuana. This after many decades of being known as one of the most famous pot smokers in the world. You know, Snoop Dogg also once gave up smoking weed. Then he got a medical marijuana license. Was McCartney's not approved?

We know, we know, this isn't so exciting, but hey it is news, it's a famous person and it's drugs. Apparently McCartney gave up this habit because he didn't really want to set an example for his kids and grand-kids, saying "it's a parent thing now". Keep in mind he said "example", and not necessarily a "bad example"... but we get it. Also consider he said that example was for his kids, not his fans. While Paul McCartney is a rock super star, we don't know how many fans he needs to worry about setting an example for. Most of them are either long time pot smokers themselves, or dead!

The rock legend who will turn 73 this June (2015) was originally turned on to smoking pot by Bob Dylan in a New York hotel room. Thank God it was only pot and not cocaine. We can only wonder what else got turned on in that hotel room.

So... after all these years of smoking pot, do you think McCartney is just going to give up getting a buzz on so easily? Nah... of course not! He said instead of smoking a "spliff" he'll now have a glass of red wine or a nice margarita. Or maybe a Xanax or 2 as well?

Listening to Yellow Submarine will never be the same.