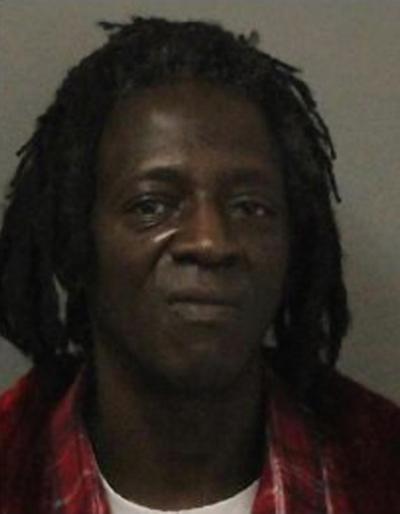 As hard as we try around here, we are having a difficult time piecing this one together. However, apparently court documents reveal that Flavor Flav was indicted last month on a felony charge of driving with a suspended license. It always starts with some rapper thinking he's above even the simplest laws - like having a license to drive. Then, add in a speeding violation and the two misdemeanor counts for aggravated unlicensed operation of a motor vehicle. Whoa... wait a minute. Aggravated? What... he was upset with his car? What does "aggravated" mean here anyway? And didn't we just say that he had a felony charge for driving with a suspended license? The felony wasn't enough?

If you are as confused as we are, good... because nothing could be more confusing than trying to figure out how this guy even managed to get his name in the news at all! Who listens to Flavor Flav anymore? We know he attempted to have some sort of career outside of rap music. But when he appeared in January of 2012 on the reality TV show, Celebrity Wife Swap, that was the big red flag for us. We always say that when a would-be celebrity appears on a realty TV show, especially one with the word celebrity in the title, well... that sound you hear is the sound a career makes when it hits rock bottom. Nonetheless, the name of this particular reality show is quite intriguing to us! "Wife swap"? Please tell us more!

All joking aside, let's give the guy a break. Apparently these charges all came about after he was pulled over on what should have been a routine traffic stop on the way to his mother's funeral. Although his court appearance is set for January 21, 2015, word is is that his attorney is seeking to reach a plea agreement.

Now, back to joking! This isn't Flavor Flav's first run in with the law. No, not at all! His "rap" sheet is quite impressive starting with numerous trips in and out of jail for robbery and burglary as a teen before dropping out of High School in the 11th grade. But wait, there's more...

In 1991 he plead guilty to assault of his then girlfriend. For that little smack-down he spent 30 days in jail, lost custody of his children, and ultimately saw his drug use worsen. In 1993 he was charged with attempted murder (aggravated unlicensed operation of a motor vehicle is beginning to look a whole lot better now!) In the same year he was charged with domestic violence (kinda like an encore he didn't want from the first incident) as well as cocaine and marijuana charges. After a family "intervention" (oh man, we love those things!) he checked into rehab at the Betty Ford Clinic to treat his addiction to crack cocaine. In the words of Whitney Houston, "Crack, is whack!" (wait, she's dead now. right?)

The truth is we could go on and on, but we smell a plea deal on the way so we'll leave this guy alone... for now.