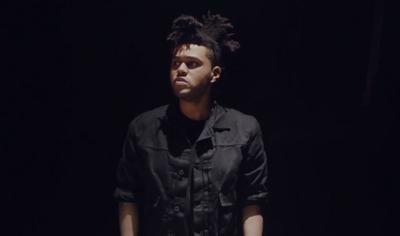 Abel Tesfaye aka The Weekend was arrested January 10, 2015 in Las Vegas after allegedly punching a police officer. What happens in Vegas stays in Vegas. And what stays in Vegas is you... especially if you get hauled down to lock-up for assault!

Now the first question you might be asking is, "The Who??" ... No, not The Who, The Weekend. For those who don't know The Weekend is the stage name of Abel Tesfaye (as strange as that is, we'll just stick with the stage name!) The Weekend is a Canadian R&B recording artist and record producer. And yes, aside from punching police officers in Las Vegas he does have some sort of music career, and a very interesting hairdo.

The alleged incident took place Saturday morning at around 4:20 am at the Cromwell Hotel where a fight was taking place (whether verbal or physical is currently unknown.) Police arrived to break it up and the next thing you know The Weekend is swinging the business-end of his closed fist up side the poor cop's head. And bam. just like that comes the arrest on one count of misdemeanor battery of a "protected" person.

But don't worry, once the incident was reported, it was quickly analyzed by one internet commenter who helped open our eyes to the truth. Chris Williams on the {modal http://www.billboard.com/articles/columns/the-juice/6436581/the-weeknd-arrested-for-punching-las-vegas-police-officer}billboard.com{/modal} website posted the following conclusion: "He must direly need a little more street cred to help boost album sales." That's why we're sticking with The Weekend... it's easier to spell in the story!

Yup, we know what you're thinking...sort of reminds us of the Joey Bada$$ story you read here. And as for our friend Mr. Weekend... it must have felt like he was starring in two old movies: The Long Weekend and Fear and Loathing in Las Vegas!