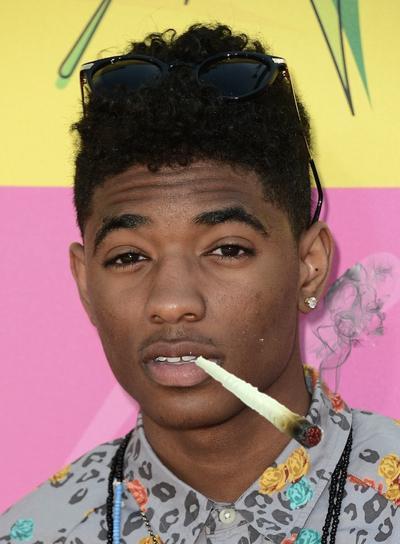 On January 17. 2015 teenage actor Nadji Jeter was arrested in California for reckless driving and driving under the influence of marijuana. It seems like this "Grown Ups" star has a bit of growing up to do.

Our friends over at {modal http://www.tmz.com/2015/01/18/growns-up-arrested-nadji-jeter-dui/}TMZ{/modal} have reported that police stopped Jeter after he was spotted driving aggressively and weaving in and out of traffic. They smelled marijuana as they approached the vehicle and assumed he had been smoking Mary J while driving. We knew Jeter was quite a talented young individual (actor, dancer, musician.) We didn't know he was so talented that he could smoke weed and drive at the same time.

Jeter spent the night in jail and was released the next morning. We bet he was pretty sad about getting pulled over since apparently this talented young individual had 3 female companions in the car together with him. Now that's real talent!