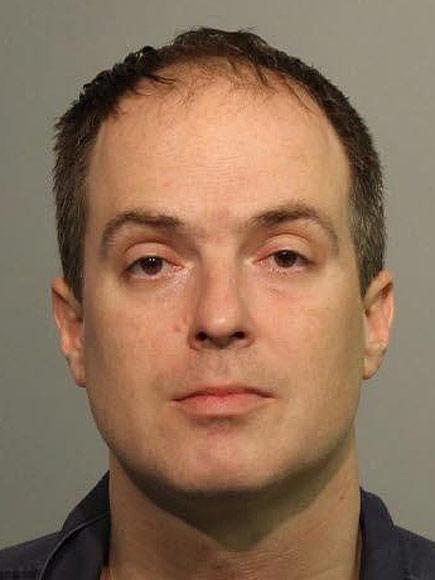 On May 15, 2015, Matthew Apperson, the man who shot George Zimmerman, turned himself in to the custody of Lake Mary, Florida Police. This after being charged with aggravated assault with a deadly weapon, aggravated battery with a deadly weapon and firing into a moving car. Half of the world was happy to hear of the news that Zimmerman had been shot, hoping Apperson was a neighborhood watchman putting Zimmerman "in his place". The other half, well, didn't care because the news came out of Florida and who gives a shit about Florida.

Apparently this whole thing wasn't just some "isolated" incident of road rage gone way too far. Reports are that Apperson and Zimmerman were involved in previous road-rage incidents and have been having this "ongoing dispute" for some time. Yeah, like we said, Florida.

Initial reports had said Zimmerman got shot in the face. However we're sorry to report that the haters out there weren't that lucky. The bullet actually missed Zimmerman's head. The injuries he did sustain were caused by spraying glass from his windshield and other broken objects as a result of the shot.

Apperson has since been released on bail. However he is claiming that the shot was made in "self-defense" and that he had "feared for his life". We wonder what could have caused Apperson to have this fear. Was Zimmerman driving in the other lane, drinking some lean... errr... eating skittles and drinking Arizona Iced Tea? Pretty intimidating, huh? Zimmerman of course denies all of this and plans to press charges against Apperson. Looks like Don West is going to be keeping himself pretty busy, probably for the rest of his life! Oh and just curious, did he get paid yet?

Reports are that there is no further comment from Apperson at this time. Accordingly to his attorney, "the case will proceed through the criminal justice system appropriately and ultimately a determination will be made as to what truly happened." We can only assume that Zimmerman had that same feeling at his trial. Let's see if this guy turns out to be as lucky!