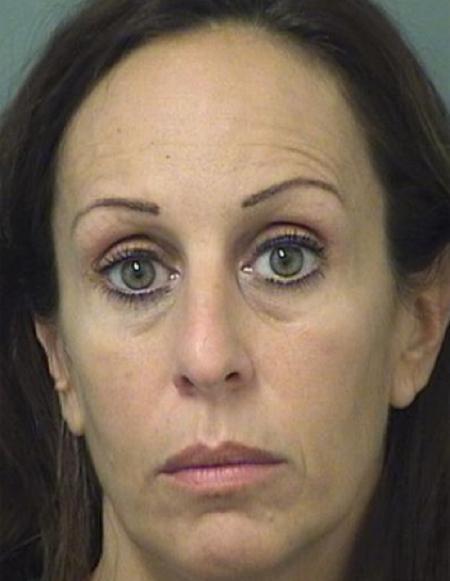 On May 6, 2015 Mavericks High School Principal Krista Morton (45) was arrested in Palm Springs, Florida after being caught by police in a parked marijuana-filled car, partially unclothed with a student from her school. Our question: if a teacher gets it on with a student, he gets high fives from his buddies all the way down the hall. But wow... making it with a principal... what does that get him? Arrested!

The little party goin' on between the student and his principal came to an end after authorities received a report of people involved in "sexual activity" in a parked car. How could anyone have seen what's going on through all that smoke!?

When the police arrived the car door opened, revealing principal Morton with an unbuttoned shirt, exposing part of her chest. Looks like this lucky student had made his way to second base and was hoping for a home run. Which is even more impressive since Morton told police that she had "just met" the teenager.

However the student wasn't living up to this part of the story and told police that Morton was in fact his very own principal. It seems like the smell of marijuana "sealed the deal" (well, not the deal the student had hoped for.) In the end both student and principal were arrested -- with both now facing marijuana charges.