More than half of people in Worcester County who were offered services following an opioid overdose accepted treatment as part of a program ...
... Read more ...

From marijuana to Maher's first year: 4 things to know from South Dakota Board of Regents meeting

Many Opioid Prescriptions After Surgery Are Unnecessary, Study Finds

... the industry leader in its commitment to non-opioid pain management and ... surgical experience and to reduce reliance on opioids in Latin America.
... Read more ...

Ronsisvalle: The dangers of marijuana are greater than you're being led to believe

Others believe it's almost normal for an adolescent to smoke marijuana, a belief based on their personal experiences in the 1970s and '80s, as well as ...
... Read more ... 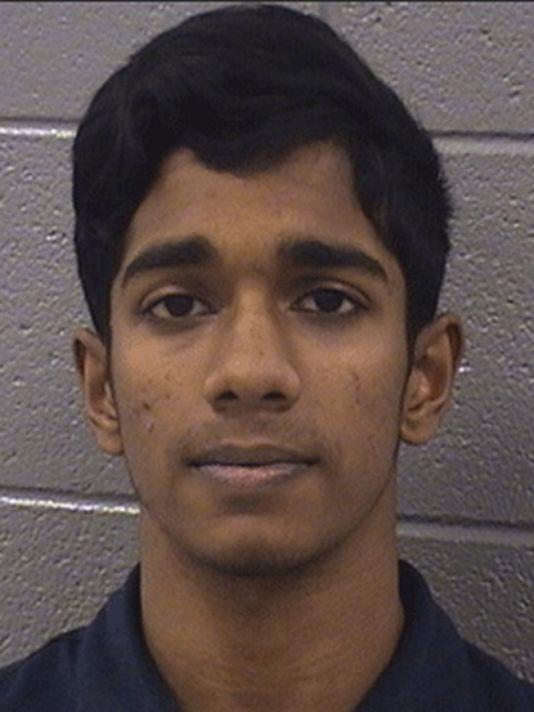 In February 2015 Mohammad Hossain, a student at the University of Illinois (UIC), was arrested on charges of aggravated criminal sexual assault after he allegedly "re-enacted" scenes from Fifty Shades of Grey. Or perhaps it was just rehearsal for a theater class?

Hossain is a freshmen studying liberal arts and sciences at UIC (whatever the hell that means) so we're not quite sure if theater classes are part of his schedule. Therefore, we have to assume the worst. The story goes that on one Saturday in February Hossain brought a young 19-year-old female (also a student at UIC) to his dorm room where the alleged re-enactment took place. Although the couple had apparently previously been intimate it seems Hossain wanted to take things to the next level. That would be one level down.

According to prosecutors Hossain bound the young lady's hands and legs (not sure with what but we guess it was something very "Fifty Shades of Grey"-ish.) He then covered her mouth with a necktie (doesn't he know that during dorm-room engagements the necktie is supposed to be hung on the door handle outside?) Our male lead then proceeded to beat this poor young woman with a belt! Authorities say Hossain even began punching her (because the belt wasn't enough?) All of which eventually lead to the alleged sexual assault (that must have been the cherry on top? Speaking of cherries... wait, never mind!)

The sick son of a bitch, errr, we mean Mohammed Hossain, ignored the young lady's pleas for him to stop (was this also part of that movie?) It was Hossain's roommate who ultimately stopped the crime (maybe it's a good thing he didn't leave that necktie on the door... although he did try and block his roommate from coming in.) The victim was able to leave the room and later contacted police. Apparently when authorities finally had the opportunity to interrogate Hossain his first line of defense was that he was re-enacting scenes from Fifty Shades of Grey, which what...  makes it all okay?!?! Uhhh, NO!

Oh yeah and one hour after the attack Hossain posted on Facebook, "I'm finally satisfied". And you know what? We're finally done with this guy! Bail set at $500,000... we'll see you in court you sick bastard. Our guess is you'll be soon be wearing fifty shades of orange.

The first person to be sentenced in the Capitol riot has been given no time in prison after she ...

The first person to be sentenced over the Capitol riot has been spared prison time after she apologized and said she had educated herself with movies ...
... Read more ...

Kim Kardashian[2] is going to have court-ordered protection from a man she claims wanted to make himself at home, literally, for a Read more ...

The DUI Victims Memorial. Submitted photo. The public is invited to join local law enforcement and the Butler County District Attorney's Office at a ...
... Read more ...

On Tuesday, June 22, the "Black Panther" actor took to his Instagram Story to apologize for calling his new rum brand "J'Ouvert" after accusations that ...
... Read more ...

Stephen Amell was forcibly removed from a flight in Texas -- this after allegedly screaming at his wife in front of a plane...

A source tells FOX Carolina's Cody Alcorn that the deputy was in a county issued unmarked vehicle at the time he was arrested. FOX Carolina has ...
... Read more ...

Finance Minister Blumel confirmed that all relevant files from the Finance Ministry had been sent to the Ibiza-U-Committee. Expect an apology from the ...
... Read more ...