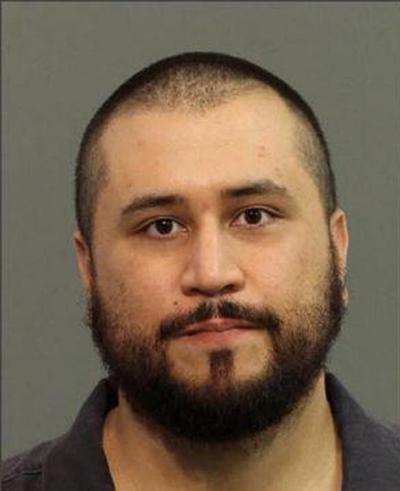 On January 9, 2015 George Zimmerman was arrested on suspicion of aggravated assault and domestic violence with a weapon. The events in question had originally taken place on January 5, 2015 but Zimmerman wasn't arrested until the end of the week.

Annnd... here we go again! This is the second (or is it third? Who's counting!) time since being acquitted in the shooting death of Trayvon Martin that George Zimmerman has been arrested on charges of domestic violence. The alleged "violence" is that Zimmerman threw a wine bottle at his girlfriend. Maybe she's a big girl and he thought she was a cruise ship and wanted to christen her with a bottle of wine? Or maybe he was simply a drunk bastard that was pissed off at his girl. We'll take the latter over the former! Or maybe she was wearing a hoodie and walking around with a pack of skittles, Arizona iced tea, looking for some cough syrup to make some "lean" -- we kid, we kid. Seriously though, this guy must be going through some severe mental health issues after the ringer the media, the courts and we the people deservedly put him through.

Perhaps Zimmerman's attorney Don West said it best, "It's clear he hasn't been very lucky with the ladies the last few months". Yeah, you can say that again! Don West if you don't remember was part of the all-star lineup that was representing Zimmerman in his first big appearance in court. Uhhh, did he pay the man yet? Heard it was a big bill. Whether he did or didn't though Don West is still representing Zimmerman and probably loving every minute of the free publicity.

What's interesting to note is that the arrest of Zimmerman was only made after the alleged victim had been pulled over by police in a routine traffic stop. Was she perhaps looking for a bit of sympathy during that stop and only then revealed the trajectory of that wine bottle to the police??  Maybe. Although a gun was apparently not involved in this recent incident, Zimmernan had to give over his firearm to the court. That was probably the last piece of news he wanted publicized before posting his $5,000 bail and getting out -- being still a hated man.

Like Don West pointed out, he obviously doesn't have a way with the ladies. But he does live in Florida. Maybe he'll start batting for the other team? Nah, that could turn out ugly! Good luck Mr. Zimmerman and perhaps consider next time recycling those wine bottles.