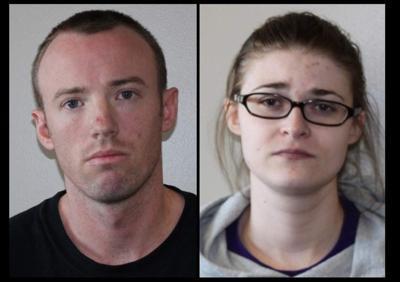 Jonathan Small and Jessica Chaney were arrested in Gonzales, Louisiana in January of 2015 by the Ascension Parish Sheriff's Office. They were booked on counts of obscenity and crimes against nature. This is truly bizarre!

Here at Into Rehab we occasionally take a look at everyday people in the world -- the "rest of us" if you will -- and highlight some of their bad and often ridiculous behavior. If anyone fits the bill for bad and ridiculous, this Louisiana couple certainly does! File this one under bad people and bad ideas.

Jonathan Small is the genius at the center of this tale (not tail) of shame and stupidity. In the course of a cyber investigation the Sheriff's department determined that Small and his fiance produced and posted bestiality photos online. Ew! The Sheriff received a tip and traced everything back to Small, who was actually a former employee of the Sheriff's Office and had worked at the Ascension Parish Jail. Even better... he probably knows all too well exactly what happens in jail. Small had been fired from his job back in September 2014 for "internal policy violations." Anytime you have the words "bestiality", "internal" and "violations" in the same story you know you are going down a deep rabbit hole. Ooops... maybe we didn't say that quite right. Anyway, we still wonder what those violations were that cost him his job.

Evidence such as computers and cameras were collected from the couple's home as part of the investigation. We suppose the local news media would want to leave out certain details of the actual evidence. We mean, everyone has a computer and a camera, but not everyone has, well, whatever it is you need to produce such photos! Can someone fill us in? The local news media however wasn't reluctant at all to list the couples home address in the story. Maybe it was for promotional purposes! If the couple ever manages to post the $5,000 bail they may one day be hosting auditions at their home for the next new star on the Animal Planet network!

At what point does it cross a person's mind where he thinks to himself, "Yeah, this sounds like a terrific idea! Cameras, computers and animals. What could go wrong?" We don't know if the images were faked or real, but they are illegal nonetheless. There are some people out there that feel like shooting a neighbor's dog if it barks all night and keeps them up. If you live next door to this couple, you may hear a dog barking, but with good reason. And if you do, it won't be the dog that should be shot.