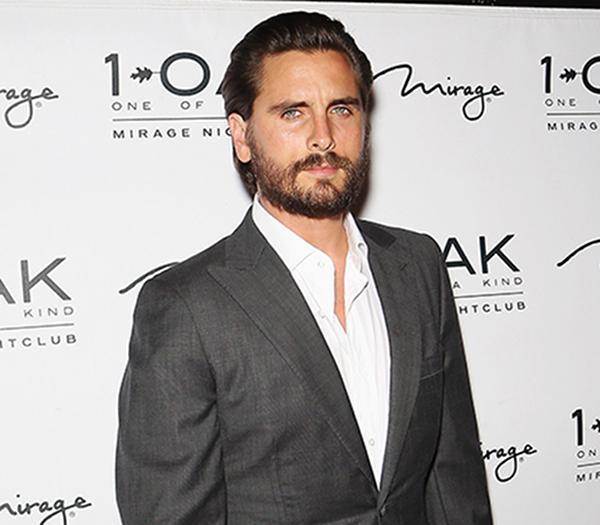 Not to be dissin' dis guy... but c'mon. He's still not married to Kourtney Kardashian, so he's still just one of the "rest of us". The one thing that maybe sets him apart is how frequently this guy goes in and out of rehab -- at home and abroad. In addition to his November 2014 visit, this past March he briefly checked into a rehab facility in Costa Rica for hallucinogenic treatment, and into a Florida rehab facility in July. That's at least four times in less than a year. This may be a record. Paging Julia Brown? Jules, what say you?

Today we find Scotty at the Cliffside luxury rehab center in Malibu, California where he was spotted walking with a "sober coach". What is that... her status or her job? Anyway, don't you just love it... the luxury center! Well... he's there trying to (finally) get his act together in order to fulfill Kourtney's ultimatum... Want to see your kids? (they've got three)... then get sober!

We know... can't be too hard on a guy who seems to keep trying. Sometimes you just have to hit bottom before you can start that long climb back up. Problem is, Disick was barely off the bottom to begin with. Oh well... here's wishing him an easy climb, at least for Kourtney and the kids.