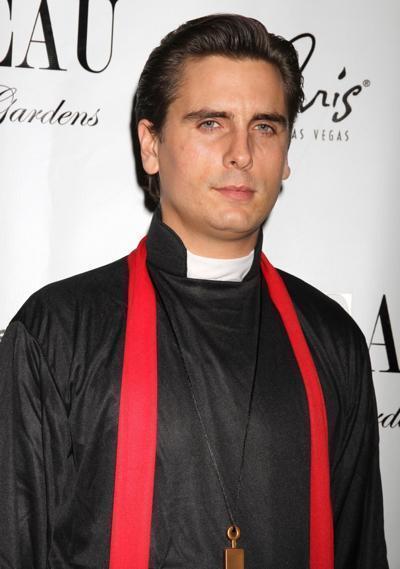 So exactly who is our boy Scotty? Is he famous? Apparently not! He's described as an entrepreneur who has struggled with substance abuse over the years and who has cheated on Kardashian in the past. A double threat! However, the two got back together after Kardashian announced she was pregnant -- again! The couple actually have 2 children together and now have another one on the way. KK just keeps poppin' 'em out, just like SD pops those pills! It seems that his claim to fame is being the rich boyfriend of someone who is "famous for being famous." A search on Wikipedia simply redirects to the page of Kourtney Kardashian. Ho-hum.

Great... Well, enjoy your stay in rehab Scott. We'll see ya in a few months. In the meantime, we'll be keepin' up with you too! {modal http://www.usmagazine.com/celebrity-news/news/scott-disick-goes-to-rehab-on-kourtney-and-khloe-take-the-hamptons-20142411|title=}Check out US Magazine for the full story.{/modal}

Oh and one more thing, WTF are you wearing?!