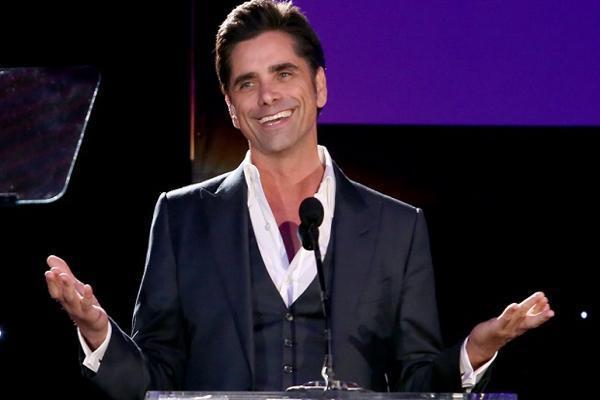 Just five weeks after his arrest for DUI, John Stamos, the famous actor known mostly for his role on the hit TV sitcom "Full House", has gone Into Rehab! The only thing that possibly could be more embarrassing than Stamos going into rehab, is the picture we used on the home page for this article.

In the celebrity world, news travels fast. People magazine has confirmed (exclusively) that Stamos has in fact gone Into Rehab. He apparently checked himself in to a "residential program" to treat what we must assume is alcohol or other substance abuse issues. For those that don't know, these are often places where you live together with others struggling with similar substance abuse problems. These facilities are in-patient centers that require a person to live in a controlled environment for a period of time until "recovery." Rules and treatment vary, but rest assured, Stamos isn't walking around in some hospital gown with a bunch of crazies. And of course, celebrity "rehab" centers don't come cheap!

At the time of Stamos' arrest he was hospitalized for what the media has often referred to as an "unknown medical condition". We think that's just another way of saying that the guy was so f*cked up when he was arrested that police didn't know if it was better to haul ass to jail or drag that sorry ass to the hospital.

This is all speculation at this point as not much more is being said. A representative for Stamos has asked for privacy and - standrad procedure - offered no further comment. The duration of his stay is yet unknown. However, Stamos is set to appear before a judge on his DUI charges on Sept 11, 2015. Hopefully he won't end up going from the Full House to the Rehab House to the Big House!

To sum things up, what could be said about John Stamos is this: "He's good looking like George Clooney. Just not as famous and gets into a lot more trouble".