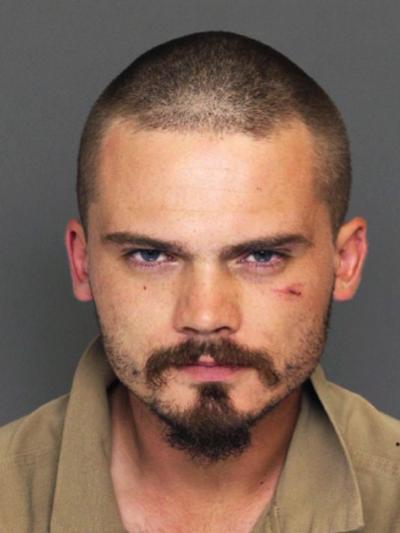 Jake Broadbent (aka Jake Lloyd) is best known for playing the role of young Anakin Skywalker in "Star Wars: Episode I -- The Phantom Menace" (part of the Star Wars Prequel Trilogy.) For those that don't remember, Anakin grows up to become Darth Vadar. It is unfortunate that this child-star turned out to be such a menace himself, leading police on a dangerous high speed chase!

The chase started after police were alerted to a "reckless driver" at about 2 pm. Hmmm... already drinking so early in the day? We did mention he was a child star, right? Deputies followed Broadbent on Interstate 95 in South Carolina, reaching speeds of up to 100 miles per hour. The last thing that went that fast in this guy's life was the failure of his career (according to Wikipedia it doesn't seem like he's been working the past few years.)

The chase eventually ended with Broadbent driving onto a grassy median and crashing through an old fence -- very picturesque when it comes to a chase finally ended. He eventually drove into some trees where it was described that he "bounced off a bunch of them like a pinball machine".

What was this guy doing in South Carolina anyway when he reportedly lives in Colorado? Also unclear is why he was evading the police at all, since (and we guess we were wrong in our first assumption) he apparently wasn't under the influence of drugs or alcohol. Just plain stupid!

And so... Broadbent found himself in the Colleton County Detention Center where he was being held on charges of resisting arrest, reckless driving, driving without a license and failure to stop. We wonder if he called his "father" to help bail him out? Whoa... wait a minute... yeah, that's right, he becomes the father! Never mind.