P. Diddy Arrested For Assault With A Deadly Weapon 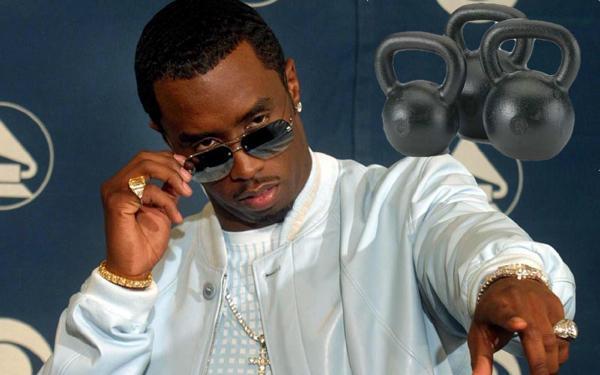 On Monday June 22, 2015 Sean "P. Diddy" Combs was arrested after allegedly assaulting someone with a weight-room "kettle-bell" at a UCLA training complex. A kettle-bell is a small iron weight resembling a cannon ball with a handle used for exercise. Maybe Sean needs to exercise some restraint and get a handle on his temper!

While no one was seriously injured during the alleged assault, and officials have not disclosed who the victim was, our friends over at TMZ have reported that there was a scuffle between Combs and a coach during a practice session. Combs' son Justin is a red-shirt defensive back for the UCLA Bruins football team. Some reports have said that Combs attacked the coach after his son was yelled at. P. Diddy said it himself, "more money, more problems". But come on Diddy, this isn't little league anymore!

Combs was charged with three counts of assault with a deadly weapon, one count of making terrorist threats (WTF!?) and one count of battery. His bond was set at $160,000 which he posted hours after being arrested. Combs is due back in court on July 13, 2015. UCLA football coach said in a statement that the staff showed a level of "professionalism" in the handling of the situation and was an "unfortunate incident" for all parties involved. Including the poor kettle-bell no doubt.

As it happens to be, rap star Snoop Dogg's son Cordell Broadus is also a football player for the UCLA Bruins. He is a wide receiver who signed with the team earlier this year. One probably could imagine when hearing P. Diddy was arrested after assaulting someone at UCLA that this might be some old school easy-coast west-coast feud! But no... just some plain old act of stupidity.

Combs hasn't been in trouble with the law for a while. It was back in 1999 that he was acquitted of bribery and weapons charges in connection with a NY nightclub shooting. He was also arrested in 1999 in the beating of former Interscope executive Steve Stoute in NY. Combs apologized and got off with only having to attend some anger management classes. Word is they have since reconciled their relationship and appeared together on stage at Cannes in 2013. Here's to wishing Combs the same outcome here -- a few anger management classes and an appearance between him and the coach at the next game. Only leave the kettle-bell in the weight room.