Doug Benson Wants To Get High With You

Doug Benson takes a smoke break to chat about his 4/20 virtual show, all things comedy, and all things cannabis.
... Read more ...

Kelly Osbourne told her fans on Monday that she’d relapsed after nearly four years of sobriety. The 36-year-old posted a series of vulnerable videos about it on Instagram Stories.

What are the differences between THC, CBD, and CBN? Now that recreational marijuana has been legalized in New York state, it's high time you learn ...
... Read more ... 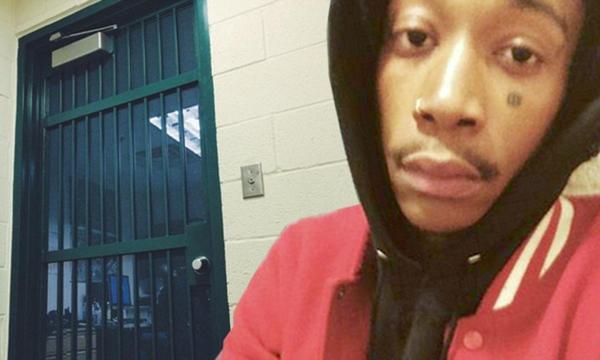 In June of 2015 the famous (infamous?) Wiz Khalifa pleaded guilty in El Paso, Texas to a misdemeanor charge of possession of marijuana. Khalifa agreed to pay a $500 fine that would make this all go away. Good thing a regular drug test wasn't part of the plea deal, otherwise the name "Wiz" would have taken on a whole new meaning!

Wiz Khalifa was originally arrested back in May of 2014 in El Paso as he was en route to the Neon Desert Music Festival. The story gained popularity not only because of the rappers fame, but because of the infamous tweets and "jail selfie" (jailfie?) that were sent out from his holding cell. Khalifa joked about the police not knowing how many grams he had. "How ironic" he said, especially after announcing from jail the release of his "28 grams mix tape" (although the name was probably chosen before hand.)

Khalifa's love of cannabis is of course no secret. He has claimed to have spent $10,000 a month on cannabis and smokes daily. This hasn't stopped the Pittsburgh City Council of declaring December 12, 2012 (12-12-12!) to be "Wiz Khalifa Day" in the city. Let's hope he keeps his private activities confined to places where he won't risk his career going up in smoke.

BERLIN, Md. (WJZ) — A lieutenant colonel with Maryland Natural Resources Police was arrested in a DUI-related crash over the weekend in Berlin.
... Read more ...

Russell apologizes to Bottas in wake of Imola incident

George Russell has apologized to Valtteri Bottas and Williams for the crash and his immediate reaction at the Emilia Romagna Grand Prix.
... Read more ...