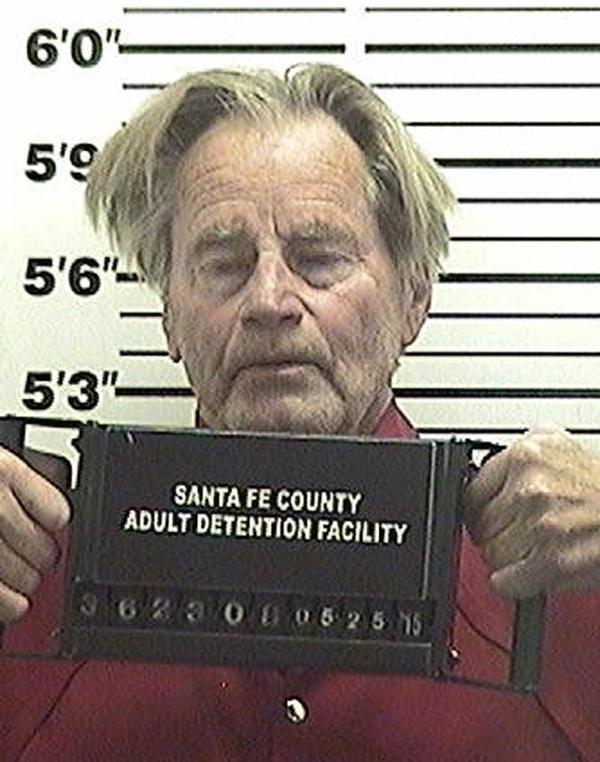 On May 25, 2015 American playwright, actor, and television & film director, Sam Shepard, was arrested on suspicion of drunken driving. We're pretty sure Mr. Shepard didn't write this episode into the script for his life story!

It seems that the arrest was on "suspicion" of drunken driving because a Santa Fe, New Mexico restaurant's security complained about the possible drunk driving act. What sort of "restaurant" has security anyway?! This is Sante Fe we're talking about now, not New York or Los Angeles. Is restaurant the new word for "gentleman's club"? Wanna go out to "eat" later?

Upon his arrest Shepard told police that he had two tequila drinks and was on his way home. Tequila "drinks"... now that sounds like something a restaurant with security would have. Officers had detected alcohol on his breath and noticed bloodshot, watery eyes, according to Santa Fe police Lt. Andrea Dobyns.

All joking aside we really should thank the security at this "restaurant" who made the extra effort to leave the establishment and whatever duties they had, to follow Shepard to the parking lot. Or maybe they followed him out for an autograph. Anyway, it was there they saw Shepard trying to leave in a pickup truck and noticed he was having trouble because the vehicles emergency brake was engaged. And that put the brakes on the rest of Mr. Shepard's evening.

Speaking of brakes, the 71 year old actor, director, playwright, etc seems to have had a "brake" applied to his career, having not worked in some number of years (true, he is 71 years old!) Shepard had won the Pulitzer Prize for his 1979 three-act play Buried Child. His film credits include, The Right Stuff, Baby Boom, Steel Magnolias, Thunderheart, Black Hawk Down, The Notebook, and Walker Payne. We hope this latest encounter with the police though doesn't cause Shepard too much "pain".

First DWI for Shepard? No way! He was arrested on January 3, 2009 in the early morning hours and charged with "speeding and drunken driving" in Normal, Illinois (is that normal?) He pleaded guilty to both charges, was sentenced to 24 months probation, alcohol education classes, and 100 hours of community service, along with a nice slap on the hand. At his age he doesn't have much time left for stints of probation and community service. Maybe he should do both the community and himself a service and quit those tequila drinks!