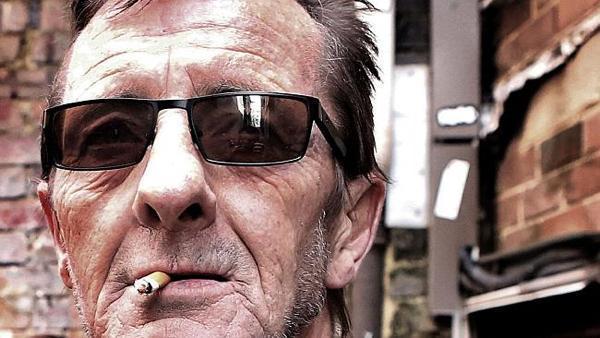 Trouble for Rudd started back in November of 2014 when he was arrested by police, accused of soliciting murder for hire. This particular charge was dropped. However, the charges of threatening murder and drugs were held up.

While the drug charges obviously don't surprise us, what we do want to know is who did Rudd threaten to kill and why was he so damn upset? The target of his threat has not been named, but apparently he had worked for Rudd on his 2014 solo album titled Head Job. This person among others was fired after the album didn't come close to the expectations Rudd had for it (what do you expect, the guy is 60! No one cares about old drummers. Just like no one cares about old singers... *cough*... Madonna... *cough*.)  With an album name like Head Job we guess Rudd had some inspiration on how he would kill the guy -- off with his head!

Sentencing is set for June 26, 2015 (Rudd is currently out on bail) where he could potentially face up tp 7 years in jail (the drug charges could add a measly 9 months to this lucky 7.) So yes, the joke that everyone is making could come true. Even if Rudd gets lucky and has a bit of leniency with the guilty plea, he still won't be joining his fellow band-mates on their 2015 world tour. So now this all begs the question: with Bon Scott dead and Rudd going to jail, who's left?