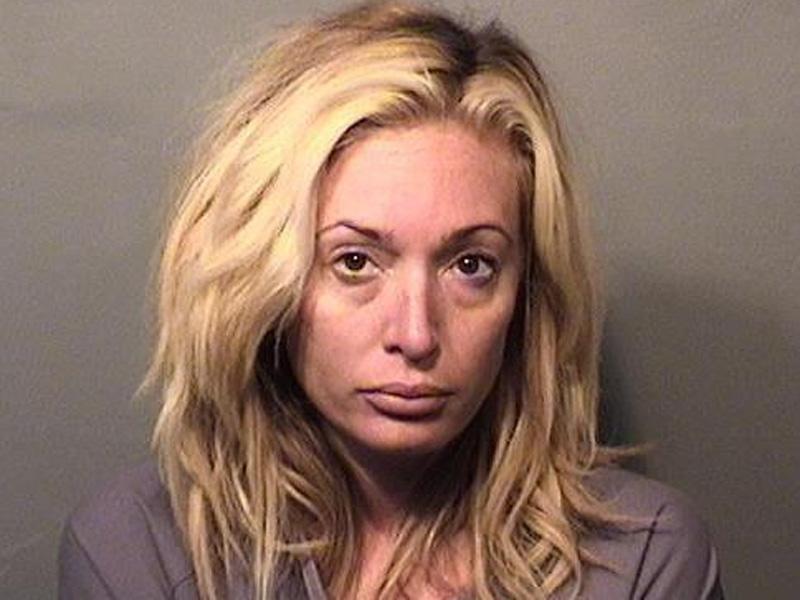 Kate Chastain, star of Bravo reality show Below Deck, was arrested following a fight with her girlfriend in Melbourne Beach, Florida. Chastain, who is the chief stewardess on the series' charter yacht, was charged with battery by strangulation and domestic violence. Decking her girlfriend gets no bravos from us!

Allegedly Chastain bit her girlfriend Ricio Hernandez on the forearm, inner bicep and leg after returning to their shared home from a bar intoxicated. During the altercation, Hernandez said that she was also allegedly held down and "strangled" by Chastain, making her unable to breathe. A real cat fight. But it apparently didn't stop there. Later, Chastain allegedly tried to kick Hernandez out of the home, and threatened to change the locks. After Hernandez refused to comply, she alleged that Chastain sat on top of her, put a knee to her head and pulled her hair. Hernandez also told officers that Chastain covered her mouth and nose so that she couldn't breathe.

Apparently this is not the first go around between these two. Hernandez alleged that similar attacks involving Chastain had happened before, but she had never filed a report due to her girlfriend's "stature" in the community. That would be "drunk lesbian bit player on a second rate cable channel."

Of course there followed the obligatory mea culpa, via twitter: "Thank you for your support during this difficult & humiliating time. The truth will come out & I look forward to regaining peace in my life." In other words someone, please., make this all go away!

In an interview with Bravo earlier this year, Chastain gushed about her girlfriend, saying, "she's pretty amazing .... She's smart and athletic and gorgeous." Is that why she likes punching her around?

The 33-year-old graduate of the University of Central Florida, was arrested, booked, then released after posting a $5,000 bond in court. Check out her glamour mug shot above. And be sure to stay tuned for more of this reality show star's real life.