Synthetic opioids including fentanyl now account for the greatest number of fatal overdoses in the state, according to the Minnesota Department of ...
... Read more ...

The 36% dilemma of legal marijuana in Colorado

Most bank deposits are insured by the Federal Deposit Insurance Corporation (FDIC). With marijuana illegal under federal law, many banks do not want ...
... Read more ...

No matter how much this new Indian movie has in common with South Korea’s Oscar-winner, don’t you dare call it a clone.
... Read more ...

Both thought the opioid was heroin, documents state. ... She gave him a dose of naloxone, which counteracts the effects of opioids, started performing ...
... Read more ...

Meanwhile, recreational marijuana dispensaries have been popping up in several other Southwest Michigan communities since last January. Voters in ...
... Read more ...

Lawmakers in the Sunshine State are trying to make the future brighter for those who use cannabis.
... Read more ...

Walmart itself revealed two months before the DOJ suit that it was under government scrutiny for its opioid prescription practices. The company filed an ...
... Read more ...

A group of cannabis growers have taken advantage of the now-empty financial district.
... Read more ...

Hey, Who's the Fat Guy in the Little Coat? 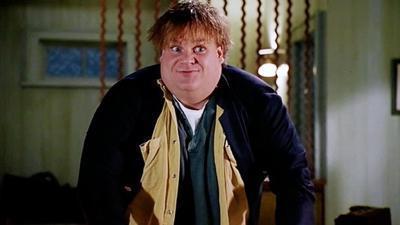 Chris Farley was an icon for those of us growing up in the time of grunge and Wayne and Garth. His self-deprecating style of humor was hilarious, though sometimes it made us cringe on the inside (who of us is willing to pull off dancing as a shirtless Chippendale male stripper next to the Patrick Swayze?).

Farley's almost manic energy and innovative comedy style made him famous. After movies like Tommy Boy and Billy Madison with buddies and fellow SNLer's David Spade and Adam Sandler, Farley had an immediate and ardent following. Some of his characters both on film and television remain classics to this day.

Farley, though, wanted nothing more out of life than to be John Belushi. Belushi was his idol, and he even followed the same career path, getting his start on Saturday Night Live. Ironically, he pretty much got his wish in every aspect. Belushi and Farley both died at the age of 33 from living fast and hard. Farley battled not only his weight like Belushi, but dependency on alcohol, cocaine and heroin as well. He often said he wanted to live fast and die young. Sadly, he did.

On December 18, 1997, after a night of hard partying, Chris was found lying on the floor ten feet from his apartment by his brother. He was pronounced dead at the scene by Chicago emergency personnel. At his funeral a few days later, some 500 people attended, including celebrities Dan Aykroyd (who wore the same suit with leather jacket just as he had at Belushi's funeral), Adam Sandler, George Wendt and John Goodman. The Serenity Prayer from AA was read, along with The Clown's Prayer (he carried a copy in his wallet). Absent was his bestie, David Spade, who later stated it was just too emotional for him to handle.

Farley exited with a career in full gear. He was set to play Shrek, even having gone so far as having his dialog recorded. He was also slated to co-star in his third movie with Spade.

Chris Farley. an overweight, drug dependent, hell of a guy will be well missed for the many laughs he gave us. Hopefully he and John Belushi are up there somewhere having a comedic blast over a cold one. We can almost hear that faint, famous bluesy tune in the background. R.I.P. our fine, hilarious giant.

CHP was in pursuit of a driver wanted for DUI in the San Gabriel Valley area Saturday night. Newschopper Bravo was overhead the pursuit about ...
... Read more ...

Soulja Boy Sued for Sexual Battery and Assault, He Denies it

A woman who says Soulja Boy[1] hired her to be his personal assistant claims he raped and assaulted her for nearly 2 years .. Read more ...

The popular Christian author, speaker and podcaster has also apologized for it — at least for the first line of the prayer, which began, “Almighty God, ...
... Read more ...