Downers and the Diva: The Tragic Life and Expected Overdose Death of Anna Nicole Smith 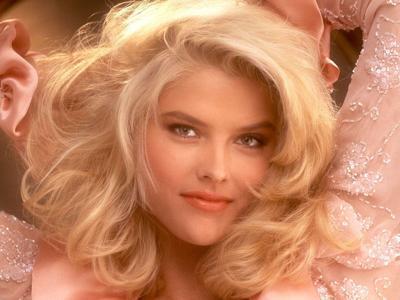 One of the world’s most non-surprising deaths, though no less tragic, was the drug-related death of superstar model Anna Nicole Smith. Poor Anna lived the fractured fairy tale of being the small town girl from Nowheresville who pined for a life in the big city. She had just enough of something special to get her noticed and notable but not enough to sustain her through the easy-come-easy-go lifestyle ahead of her.

Born Vickie Lynn Hogan in 1967, she grew up in tiny Mexia, Texas. She wanted to be different from the very start and called herself Nikki Hart in high school the few years she went before dropping out to get married to a cook at the fried chicken restaurant she worked at after school. She had a son, Daniel but could not stay in the role of wife and mother and soon divorced. Leaving the baby with her mom, Vickie Lynn (still in her pre-Anna days) got a job dancing at a strip club and that’s when the world changed for her.

Always a hard partier, Vickie never met a bottle she didn’t like. Pills, pot and methamphetamine were an everyday affair at many points in her life. While dancing in a Houston nightclub she met billionaire oil tycoon J. Howard Marshall II and married him, spending much of the rest of her life fighting for what he promised her in his will.

In the meantime, however, Vicki Lynn made the transformation to Anna Nicole when she landed a chance to pose in Playboy and signed a contract to represent the Guess Jeans line of denim the same year. As her star continued to get higher, so did Anna. She made numerous public appearances blitzed out of her gourd and often-rivaled Courtney Love for the title of Most Inebriated Blonde at the awards shows. Making Playmate of the Year and having her own television show kept her in the public eye even when her modeling stints were coming fewer and farther between.

The Anna Nicole Show gave American audiences a full view of Anna and all her addictions; drugs, alcohol, food, sex. Her wild parties, and abundant drug and alcohol abuse were often hard to watch but even more so may have been her huge weight gain. Anna floundered through life and we watched avidly until the show received a cancellation in 2004. Despite a lack of venue, Anna consistently turned up in the public consciousness. Her fight for the inheritance her ancient billionaire husband left her, her dramatic weight loss and subsequent diet pill pimping for a weight loss company and then a mystery pregnancy kept her alive and well in the public eye. It was with a heavy heart but expectant eye that the public grieved her death from a drug overdose in 2007 only a year after losing her son Daniel to a drug overdose as well.