A man from Derry Township is facing a number of charges ranging from soliciting sex from two girls last week to having a marijuana growing operation ...
... Read more ...

Currently, one may not reenlist after cannabis use.
... Read more ...

Singer-songwriter Ryan Adams[1] — who was accused of sexual misconduct and psychological abuse last year by several women, including ex-wife Mandy Moore[2] — apologized for his past “harmful behavior.”

Methadone to treat his opioid addiction was delivered to his door. Hayes was staying at the hotel because of a coronavirus outbreak at the 270-bed ...
... Read more ...

That means the board's draft, which would make outdoor marijuana cultivation impossible throughout the town, will be opposed by a bylaw placed on ...
... Read more ...

The Global Opioids Market report gives a detailed overview of the key market drivers, restraints, and trends and analyzes the way they will affect ...
... Read more ...

The medical marijuana sales report issued this week indicates since Fiddler's Green in Mountain View opened almost a year ago on July 11, the ...
... Read more ... 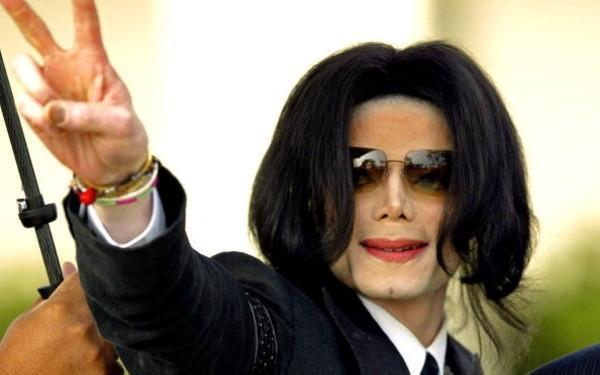 Abuse for Michael began early in his childhood at the hands and words of his father. Attacked with demeaning words, he was wounded inside, and ultimately became unsure of himself, leading him to withdraw as a youth, and even surgically change his appearance later in his adult life. Michael continued, even in extreme popularity, to express odd behavior, doped up on prescription medication, occasionally revealing his inner demons, leaving many people to wonder: "What is really going on in Neverland?" Some concerned parents asked the same question on behalf of their children, and received a sizable amount of money for their curiosity.

Suffering psychologically, and battling with past traumatic experiences, the famous singer resorted to a cocktail of prescription drugs such as propofol, as well as alprazolam, sertalin, omeprazole, hydrocodone, paroxetine, carisoprodol, and hydromorphone. We can't even pronounce many of these, but they all sound pretty scary. According to reports, some of these drugs had labels made out to Jackson under pseudonyms (Omar Arnold, Bill Bray), and some were unlabeled, revealing the hidden, nameless life of the struggling star.

Yet, what killed Michael Jackson was not the drugs, according to the final verdict. The culprit was none other than his drug pushing personal physician, who, like other physicians that treat celebrities, know how to keep their customers happy and coming back for more. For Michael, he was receiving propofol to help him sleep. Propofol, is also known as  "milk of amnesia", for its opaque, milk-like appearance and the play on words with the popular laxative "milk of magnesia", only this milk can knock the crap out of you in a seriously different way. This powerful anesthetic is normally administered to induce and maintain anesthesia (kept out of the reach of children . . . of course) and is well known to cause cardiac arrest (the cause of Michael's death.) The negligent act of injecting propofol at home without benefit of life-saving equipment at the ready, by no less than his very own medical doctor ended Jackson's career and his life.

Michael's death was truly a tragic event brought on by a greedy personal physician preying on the psychological weakness of an addicted human being, one who was haunted by an abusive past which neither drugs nor the fantasy world of Neverland could help him forget or escape. Michael Jackson was driven to addiction in order to appease those dark demons fighting within him, leading him to cry out in desperation, "Got milk?"

From apology to action: CARICOM calls for action on reparations

Mottley said we cannot go further unless there is a reckoning that places an apology and an acknowledgment that wrong was done and the extraction ...
... Read more ...

Central Park 'Karen' Will be Prosecuted for False Report

Amy Cooper -- the notorious Central Park "Karen" who called the police to lie and say a...

After a weekend of stinging rebukes, the paper's owner and publisher, who is also a GOP county chairman, pulled the cartoon and apologized on ...
... Read more ...

Exclusive TMZ.com
The war between Antonio Brown[1] and his rape accuser is raging on ...

Shaun Weiss[1] -- famous for playing Goldberg in "The Mighty Ducks" -- is doing well on his road to recovery following his most recent meth...

Feddal: “We can only apologize to our fans”

Zou Feddal believe that the Betis was deserving of victory in Balaídos and apologized to the Betis fans for the poor season the team is completing.
... Read more ...