John Belushi, A Casualty Of Addiction 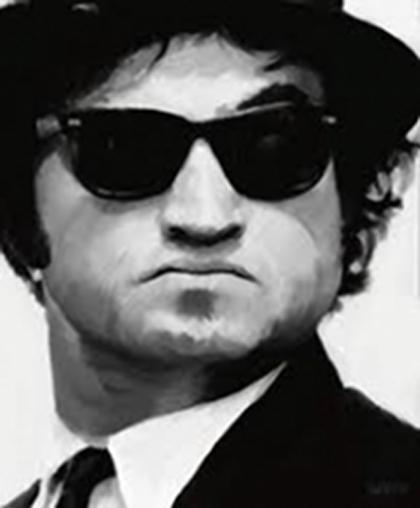 The all-time great comic actor and musician John Belushi was very well known for living an extreme life without any kind of moderation.

He practiced unpredictable, wild and outrageous behavior at all points of his career both on screen and off.

The Immense Popularity Of John

The immense popularity that he gained out of his lifestyle on the screen made him more intense on living a real life in the same way as he did in his on screen roles. He was a very beloved and highly talented comedian of his age who was always on the lookout to deliver entertainment in its most excessive forms. John Belushi was born in the year 1949 and had gained substantial fame for himself through his roles in some of the great comic classic movies like “The Blues Brothers” and the “Animal House”. A major part of his career was also marked by his involvement in the production of music and the development of scripts.

The Shocking Demise Of Buleshi

John Buleshi has had a long-term habit of going through alcohol and drug abuse all throughout his career, with a special affinity towards cocaine. In the year 1982, Belushi had travelled to Los Angeles in order to review the script of a new movie with some fellow comedians and actors. There he met a Canadian lady named Cathy Smith who was very well known as a rock band groupie and a drug dealer. John was very heavily engaged in the consumption of drugs for four days in a row. In the early hours of the morning of March 5, John was with his co-actors Robert De Niro, comedian Robin Williams when cocaine was introduced in the party by Cathy Smith. After his friends left, the party John and Smith were together when they took more shots of cocaine. John was on that very day in the mood to go for a very strong high and had consumed as much as 20 shots of cocaine in a period of 24 hours. Smith then reportedly made a fatal combination of cocaine and heroin, popularly known as speedball, and injected it into John. After all the torture on the body, John started to feel ill and became very cold. Smith then left John alone in the apartment and John was later found dead in his master bedroom by his physical trainer William Wallace. Toxicology reports later revealed that John Belushi had died of intoxication from the fatal combination of cocaine and heroin.