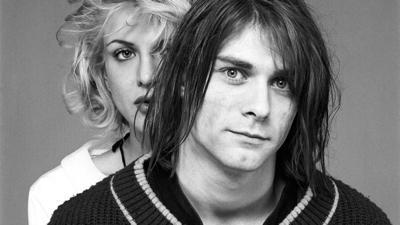 Kurt Cobain, the Nirvana front man rose to fame during the grunge explosion of the early 1990s. In addition to his albums selling out and becoming cultural icons, so did almost everything else around him. You could not wear a flannel shirt in the last decide of the 20th century without hearing a reference to All Apologies.

Besides being famous for his music, Kurt was notorious for his battle with drugs. After numerous trips into rehab, the official story states Kurt committed suicide. After shooting up with heroin, Kurt shot himself in the head with a shotgun. From the beginning, his violent death was considered a tragic loss to the music community and the world at large.

Twenty years later, Nirvana was inducted into the Rock & Roll Hall of Fame and a new documentary titled Montage of Heck is about to be released. Unfortunately for poor old Courtney, the documentary is set to bring up old allegations she'd hoped many would have forgotten over the past twenty years.

The new film has led to a resurgence in a conspiracy theory many fans still cling to claiming that a crazy, jealous, drug fueled Courtney realized her husband was about to leave her and ordered a hit on Cobain. They cite evidence such as:

Courtney Love has always delivered her own special kind of crazy. Is she a true sociopath like her father claims or is she a woman just trying to get through life after her true love took his own? Her latest Vanity Fair interview details her continued obsession with Kurt Cobain's money more than  twenty years after his untimely death. She blurts out to the reporter, “they won't be happy till I'm dead!" Just don't ask her to clarify who they are.

In the end, it seems Kurt Cobain did receive his final wish to burn out instead of fade away. He joined the infamous 27 club and two decades later his presence is still felt in the music world. Meanwhile, Courtney is still rocking out, living hard, and working hard to portray herself as the victim.