Pete Doherty Is Out Of Rehab... Again (UPDATED) 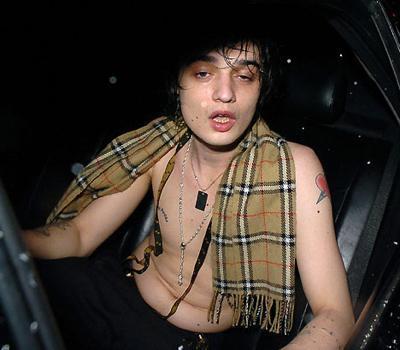 Reports are in that troubled British rock star Pete Doherty has checked out of a rehab clinic in Bangkok, Thailand where he was treated for his addiction to heroin. Are there any British rock stars out there that aren't "troubled"?

Into Rehab has had Doherty on our radar since we first reported on one of his many stints into rehab back in September 2012. And here we are again!

The Daily Mail reports all the nasty details on his latest trip through the revolving rehab door. But of course we've heard that same old story many times. The 35 year-old Libertines and Babyshambles (huh?) front-man originally checked into Rehab in Thailand back in October. Before he took the walk of shame into rehab, he had been shooting up more than 3.5 grams of heroin a day. Which is apparently a lot, right? Hey, we don't know that much about drugs, we just report the news. But we've always said: you know what the strongest thing you can get without a prescription is? Heroin.

Doherty is out now and the word is he has beaten his heroin addiction. Though that might not be the best choice of words, since the word "beat" could be used in a different context to describe heroin addicts. Anyway, what was truly amazing to us was the rumor that some fans were even sending heroin by mail to Doherty while he was in rehab. True or not that might explain his apparent relapse that happened in early December.

UPDATE: Did we speak to soon? Looks like Pete Doherty will be heading back into the Thai rehab center that he left back in January 2015. Nothing is for sure as of now but that's what's being reported. We'll stay on top of this one.