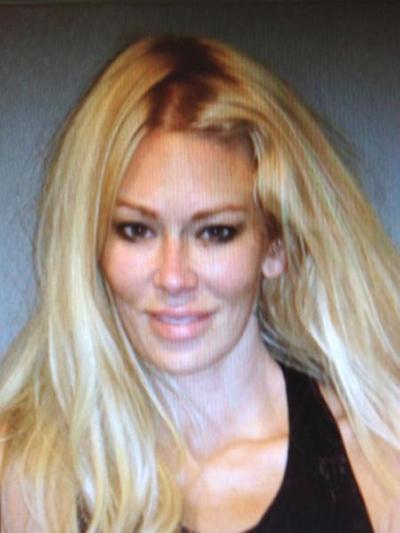 On May 25, 2013 Jenna Jameson was arrested in Westminster, California and charged with DUI. This after crashing her Range Rover into a light pole.

This wasn't Jameson's first run-in with the law however. On April 26, 2010 Jameson's husband (or boyfriend? Not sure but they do have 2 children together) Tito Oritz was arrested for felony domestic abuse. Jameson was photographed afterward with a banged up arm. However, the accusations in that incident came from both sides, Ortiz had accused Jameson of being erratic and addicted to OxyContin (well, who wouldn't be in her situation.) Both parties later recanted their allegations.

With a career like hers, we're happy to hear that the worst of her legal troubles was a DUI and some OxyContin. No matter. For Jenna, we suspect if she ever had been in worse trouble with the law, her prior community service to millions of men around the world could definitely have been considered time-served!