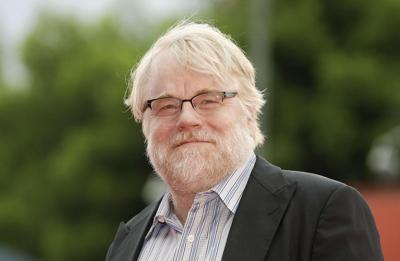 Born July 23, 1967, Phillip Seymour Hoffman made it to the ripe old age of 46. The cause of death was ruled accidental, though a guy has to know he's knocking on death's door when he's sitting in his apartment with 50 envelopes of heroin. Hoffman was found early morning on February 2, 2014, by a friend who had been trying to contact him. Hoffman still had a syringe hanging out of his arm.

Phillip Seymour Hoffman apparently brought his personal demons with him to work, as he was well-known for playing dysfunctional characters on-screen and stage. His career got its start in high school, when he played Radar in the school's production of "M*A*S*H". From there Hoffman went on to stardom in "Boogie Nights" where he played a shy, gay boom operator. Nominated for three academy awards, and winning Best Actor for "Capote", Hoffman never shied away from the controversial character. From priest to cult leader to major villain and questionable hero, Hoffman portrayed them all with real gusto. He went on to star in movies such as "Mission Impossible", "The Big Lebowski", "Scent of a Woman", and most recently "The Hunger Games". Hoffman was well-known for his time on stage as well, and was nominated for a Tony award in the ghostly and emotional "Death of a Salesman".

Phillip Seymour Hoffman typically looked more like a down-on-his-luck actor with his uncombed hair and a penchant for wrinkled clothes rather than a big star. He liked to keep mum on personal stuff, never talking about it much in interviews. He was a quiet kind of guy, known for sitting around drinking beer in the bar while giving advice to acting students. Maybe he should have taken some of his own advice as well. In 2006 Hoffman said he had given up the hard life at the age of 22 as he was panicked for his future, feeling he was unable to control his obsession with drugs and would use whatever he could get his hands on. Yet 23 years later he checked himself into rehab when a love of prescription pills got turned back into an obsession with heroin.

Hoffman was a man of unquestionable talent. Unfortunately, he was also a tortured man ruled by addiction.