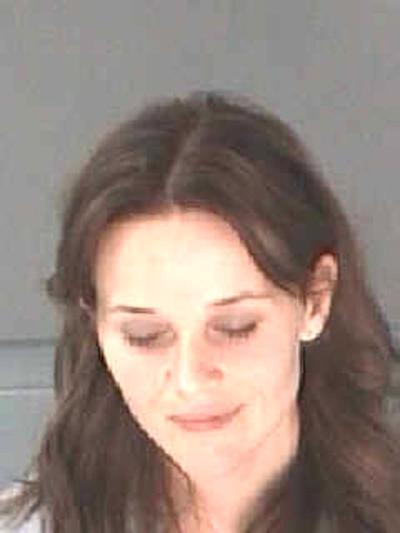 At the time she was in the car with her husband, Jim Toth, when he was stopped by police after having been seen weaving across a double line. He was later found to have a blood alcohol level of 0.139 and was arrested and charged with driving under the influence and failing to remain in a single line. Witherspoon was unfortunately also arrested but for a slightly different offense -- not remaining in the car!

During the stop she exited the vehicle and began to argue with the police officer, saying he wasn't a real cop and asking if he knew who she was. Could be the brown hair threw him off. He was probably used to the blonde bombshell that Whitherspoon is known for playing. Or maybe, just maybe, he was doing his job trying to deal with a couple of belligerent drunks. In any case that night they both made bond, her husband plead guilty and she plead no contest. As you might expect her apology came shortly after and life went on.

When she was younger Witherspoon described herself as "a big dork who read loads of books," Well, that didn't keep this Oscar-Winning star from enjoying the party life of a celebrity. The Atlanta police had you on their radar... and now Reese, babe, we've got you on our radar!