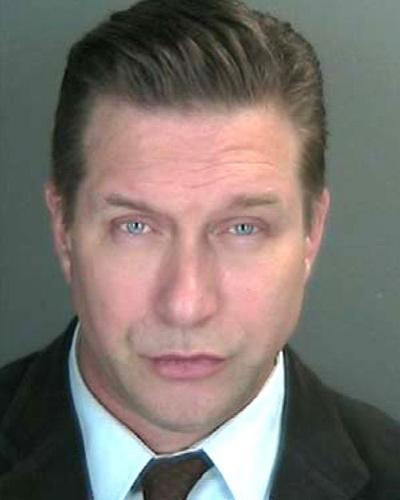 The youngest of the "Baldwin Brothers", Stephen Baldwin, was arrested by the distract attorney's office in Rockland County, New York in December 2012. His offense? Failing to file personal income tax returns. He apparently hadn't filed three years of returns and allegedly owed the state more than $350,000. Nice!

Baldwin is probably best known for his role in the critically acclaimed movie The Usual Suspects (1994). Although that luck of the draw role wasn't always "business as usual" for Baldwin. The next year (1995) he starred in Bio-Dome alongside Pauly Shore. This movie was closer to nuclear waste than it was to "environmentalism" (one of its main themes.) Baldwin would go on to do other films, but in the 2000s started appearing on a number of reality TV shows for Celebrities. Never a good sign!

Not paying his taxes wasn't Baldwin's only legal troubles. He defaulted on paying more than $800,000 on his mortgage, suffered his home falling into foreclosure and finally saw it sold at auction. At one point he even filed for bankruptcy with the court documents stating he was millions of dollars in debt. Read more about this genius of finance {modal http://en.wikipedia.org/wiki/Stephen_Baldwin}here{/modal} See, we told you he doesn't have any money.

Baldwin is known for being an evangelical born-again Christian (that's a mouthful!) But don't worry, we'll gurantee that even Jesus won't be saving his ass from all these money troubles. Maybe he didn't give enough to charity?

Of course we find it very apropos for him to be wearing a suit in his mug shot after being arrested for not paying taxes! OH... and one more question comes to mind... does anyone know why he always has that same damn look on his face? Really? Google it!