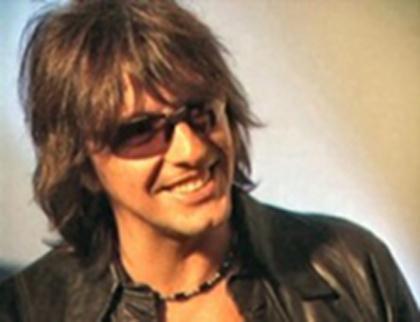 Famous, well-known singer Richie Sambora arrested for drinking and driving avoiding the danger with his child behind. His daughter and an unknown girl were sitting behind in his black hummer. Breaking rules lead him this arrest with his daughter along with him. The reports have confirmed that he was drunk and was driving.

DUI has become a normal case these days. Hollywood is going crazy and so are the people who drive when they are drunk. Richie Sambora was pulled out of his car on March 25, 2008 at 10:52 PM in the night by a Laguna Beach Official, Calif. According to him, Richie Sambora was weaving his car in the traffic and the lanes as well with his daughter Ava and two other female passengers. He earlier had problems with alcohol and had also visited the rehab centers many times. He did not misbehave and surrendered quietly. He was also taken for a blood test and later was detained in the morning at about 4 AM with a notice of appearance in the court in May, 2008.

Richie Sambora’s blood report showed the alcohol level to 0.13 than the normal level of 0.8. Richie Sambora has to pay about $1600 along with fines and penalties of $390. He also has to attend and informal probation and personal educational course on alcohol. During this probation period, he cannot abuse drugs or consume alcohol. He avoided a charge of child endangerment apart from his arrest. Richie Sambora’s problems of alcohol lead him to a rehabilitation facility in Los Angeles for 30 days. It was not long when he completed his second dose of the alcohol rehabilitation in the month of June, last year (2007), after his divorce with his wife Heather Locklear. Since, he had no earlier issues in the file; he will not have to remain in the jail for a long time except continue with his rehabilitation problem.

Richie Sambora was born on July 11, 1959. He is an American guitarist along with being a singer, lyricist, music-composer and a producer. He was born in New Jersey to a Joan and Adam. He started playing guitar at the age of 12 influenced by the death of guitar legend Jimi Hendrix in 1970. Sambora approached Bon Jovi after attending one of his band shows. Later on after listening to his recordings and other songs, Bon Jovi replaced him as a lead guitarist in his band in place of Dave Sabo and the band really sounded better than before and won the hearts of many people. He was first a part of the band “Message”. Richie Sambora co-wrote many tracks and also played on Australian rock and pop for artist Shannon Noll. He was actually inspired by Classical Spanish music and thereafter began a lifelong love for the Spanish Guitar. He also released his three solo albums namely Stranger in this town (1991), Undiscovered Soul (1998) and Aftermath of the Lowdown (2012). On May 7th, 2012, he will be recognized for his hard work and charity with the Golden Heart Award by the Midnight Mission Charity Club.