It's Into Rehab For Randy Travis (we'll bet you lunch) 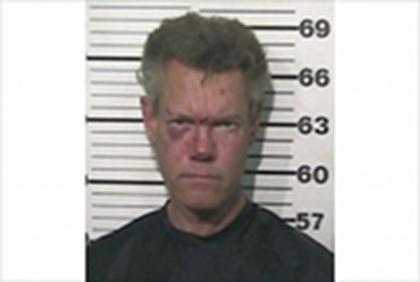 Country star Randy Travis is in a pickle once again.  Last Tuesday night he was arrested on suspicion of driving while intoxicated. Travis was arrested around 11:59 p.m. with only minor injuries after crashing his car in Texas, TMZ reports.

The 53-year-old crooner was also reportedly in quite frankly typical fashion for the motley crew that grace the pages of intorehab.com.  Travis was naked when cops arrived at the scene and was given clothing to wear for his mug shot, according to the site.

Police were called to the scene of the accident at 11:18 p.m. after a person reported a man lying in the middle of the road.

When police arrived at the scene, they found that Travis' 1998 Pontiac Trans Am had driven off the road and crashed into the barricade of a construction zone. Travis was also charged with "retaliation" after he threatened to shoot and kill the officers after he was arrested and put into the back seat of the police cruiser.

Tuesday's incident is the second time this year the singer was arrested. In February, Travis was arrested in Texas on suspicion of public intoxication after police found him sitting in his car, drunk, with an open bottle of wine.