Jeremy Jackson Out of Jail and Into Rehab 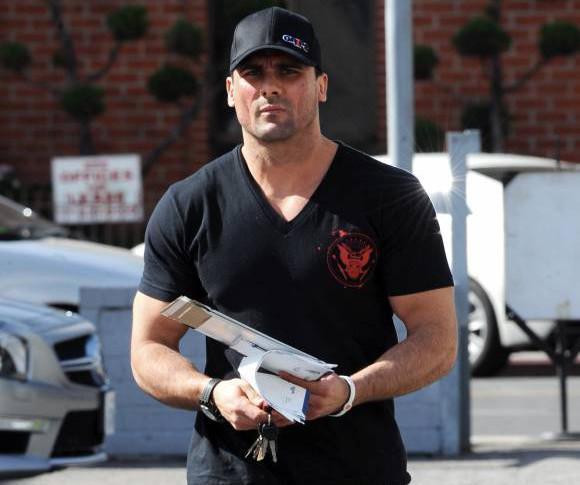 A story with an intro like this is too good to be true, When we last saw Jeremy Jackson he was headed to the slammer having been arrested in his first stabbing incident (yes there was another!) Now we find him out of on bail and reportedly on his way to a treatment center. Go to rehab... go directly to rehab... from jail!

According to his lawyer this upcoming visit is voluntary - not ordered. More likely volunteer or else! Seems that our boy Jeremy can't keep his hands off of knives or stay out of arguments. Submitted for your disapproval: April 2015 - arrested for allegedly stabbing a man and fleeing the scene. August 2015 - arrested for allegedly stabbing a woman. What's next? Is he going to go after our dog?

Jeremy's problems go way back, as he once admitted in an interview that drugs caused him to exit his gig on Baywatch. Following his departure there was that arrest in a meth raid when he did a long stint in rehab. But Jeremy still struggled to remain clean and sober. Later he even messed around with steroids to enhance that buff appearance and cashed in on that with a gig as a cast member on Celebrity Rehab with Dr. Drew. Now it's no more fun and games... it's the real thing.

Drugs... steroids... stabbings... confused? Don't be. Narcissistic celebrities constantly screw up like this, much to our delight. Right now here's the score. The April stabbing arrest - charges dropped. The August stabbing arrest - pleaded not guilty and will appear in court in November. Meanwhile it's go directly to rehab... do not pass GO... do not collect $200! We're all keeping our fingers crossed that this time Jeremy will finally get the help he needs. But we're still hiding our dog!