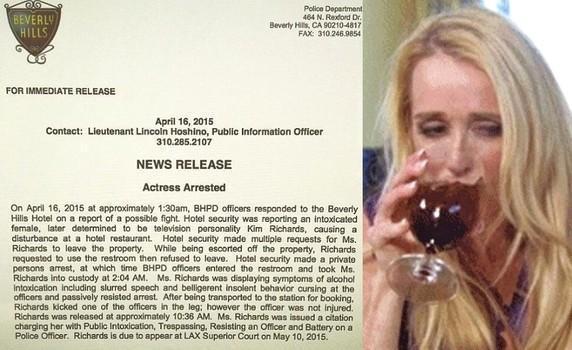 Wow! What a ride! And we don't mean in her car. The former child actress found herself in a very adult mess this past year. After her arrest in April for drunken behavior at the Beverly Hills Hotel (and her shoplifting arrest at Target of all places) her family saw to it that she checked into rehab. But when she got out, that same family seemed to act as if they wanted no part of her. So Kim was forced to move in to her car. Hope she had a good parking spot in Beverly Hills... although not in the Target parking lot.

The good news is that she is now in a real home, and can get back to the business of managing her real life. Which means not so much reality TV, which is fake anyway, but more time paying attention to her health and getting things right with her four kids. Hang in there Kim. Make this next season your best.