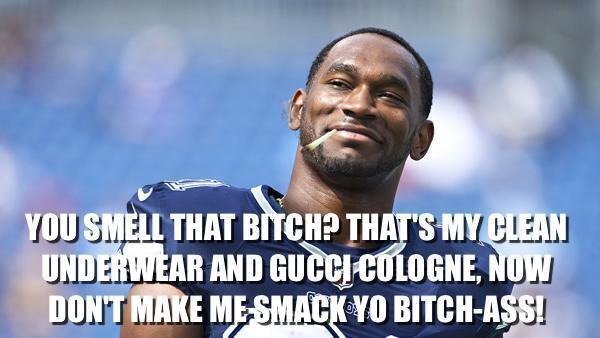 On February 3, 2015 Dallas Cowboys Running Back Joseph Randle was arrested at a Wichita Kansas Hotel. We should add "again" as this was the second time in less than four months, this time for unlawful possession of marijuana. Was he listening to Brittany Spears, "Oops I did it again" when the police arrived at the hotel? Just askin'.

Randle found himself in trouble with the law again when police showed up at his hotel after receiving a call for domestic violence. Football players, drugs, and domestic violence is S.O.P. by now! Randle was found in the room together with a young woman (of age, don't worry!) along with another woman. Well, sort of... it was Mary J as some like to call her. Randle was arrested and ordered to appear before a judge. However, to our dissappointment no mug shot was taken, or none we could find. The domestic violence allegations are currently still under investigation.

In case you did hear about his previous arrest, it was back in October of 2014 when Randle was caught shoplifting at a Frisco, Texas mall. He apparently tried to pick up a five finger discount on some Polo underwear and a tester bottle of Gucci Guilty Black cologne -- how, ironic. How much is this guy's contract worth anyway!?

For good measure here is Randle's mug shot from the October 2014 bust: 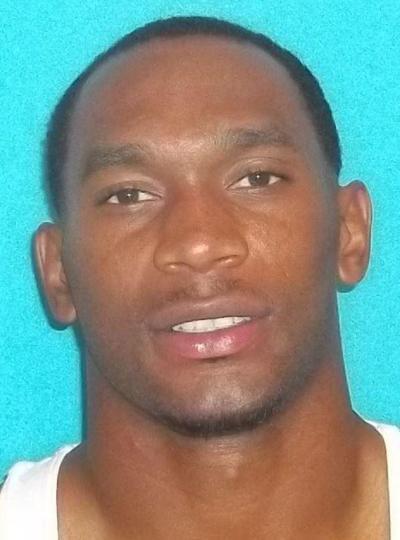