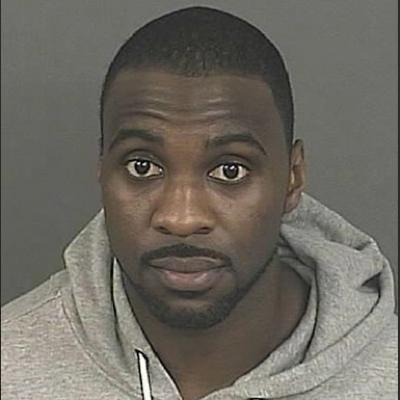 In January 2015, Denver Nuggets point guard Ty Lawson was arrested in Denver and charged with DUI. Lawson was stopped late at night when he was caught travelling 61 mph in a 35 mph zone -- like a boss! ... or really just some drunk basketball player.

According to police Lawson's speech was "slurred" and his "breath had a strong odor of an unknown alcoholic beverage." Unknown alcoholic beverage? An interesting description since we don't really know why it matters at that point whether the beverage is known or not. Maybe officers should be sent to bar tending school. Could make for some better reporting. Lawson was also "swaying/stumbling" and his "eyes were bloodshot/watery". 1-2-3 ... 4, 5, 6 strikes? But whose counting? Get this guy to jail and then to rehab, quick!

What's even more interesting is that according to the police report, Lawson was "jailed at his request and without a valid form of identification." Probably chepaer than a motel. Say, how much is his contract worth again? Poor guy. On the night of the reported DUI violation Lawson was by a charity event in downtown Denver that had ended by 1AM. Is it so hard to imagine that from the time the event ended until his arrest after 1AM that he could have been pounding down some "unknown alcoholic" beverage? Not really. Maybe he was just sad to still be playing for the Nuggets!

Lawson is apparently the subject of a previous DUI case out of the state of Missouri, so this will surely make matters worse for him. And DUI is unfortunately nothing new or unique to Lawson's rap sheet. In 2008 he pleaded guilty in North Carolina to underage drinking and driving. And from there things have only gone downhill. In addition to the Missouri DUI, in August 2013 Lawson was arrested and charged with physical harassment and criminal mischief involving domestic violence. Those charges however were later dropped in October 2013. How his recent DUI charge will influence his future behavior remains to be seen. Let's hope this point guard finally gets pointed in the right direction.