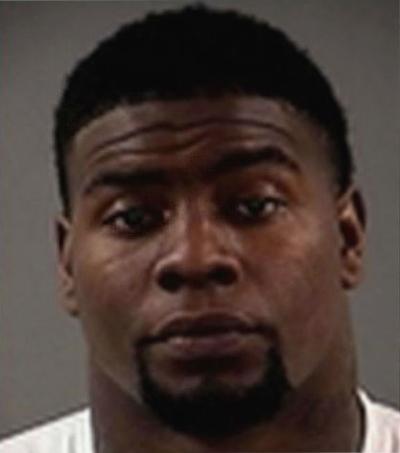 Unfortunately this guy has been having a streak of bad luck, as this is his second DUI in less than a year. The original DUI charge was back in June of 2014. That's 1, 2, 3 strikes your out at the old ball game! Well, not yet, and wrong sport anyway! But here's where the kicker comes in. In September a plea agreement was reached where Jackson wouldn't be prosecuted on the original DUI charges if he agreed not to break the law for a one-year period. Definitely easier said than done! Come on man, they let you off easy and all you had to do was follow the damn law! Our question is, after that one-year period, could he then commit some crimes? Probably not, but, hey... just askin'.

The agreement then required Jackson to complete an alcohol and drug program, as well as 40 hours of community service. Lo and behold on October 8, 1014 the courts had found that Jackson in fact hadn't completed the alcohol program. Ha! Looks like it's all coming together now -- quite nicely. Later in November of 2014 the deal with Jackson changed again, leaving him under the supervision of the Delaware County Community Correction's alcohol program for 365 days! They keep handing him the ball and he keeps dropping it... so to speak!

Anyway, it all came to an end when Kentucky police spotted Jackson's vehicle "swerving from side to side." Much like he probably "swirled" that alcoholic beverage in its glass. As the officer approached the vehicle he could smell that oh so alluring "odor of alcohol" and noticed that Jackson had "bloodshot, watery eyes and slurred speech." From the ingredients in a good drink, to the ingredients in some jail-time.