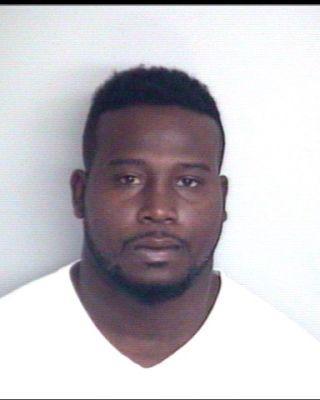 On February 3, 2015 Green Bay Packers defensive tackle Letroy Guion was arrested in Florida on felony charges of drug and firearm possession. And quite frankly, we are not surprised! In our day and age it seems like some sort of rite of passage for professional athletes to get arrested.

During a routine traffic stop (Oh God, no, please, why does the routine traffic stop always have to turn into disaster!) police discovered three-quarters of a pound of marijuana, a 9mm handgun, and a bag containing more than $190,000 cash. Okay, professional football players are rich, we get that. Need a gun? Maybe! But, uhhh nearly a pound of pot? Hard to explain that away as being only for "medicinal" purposes. We realize Guion is a big guy, but, that's a lot of pot! Police say that Guion became "extremely uncooperative and hostile" during the stop (ya think?) As well Guion approached the car several times during the search, at one point trying to rush the driver's side in order to remove a backpack where the money and drugs were discovered. Come on Guion, once you're screwed like that, it's over! Don't make matters worse... But he did, and was subsequently put into handcuffs for the officer's protection. As for the gun, well, it was registered. However, in Florida when you are caught with a firearm committing one felony, it then becomes another felony against you, even if the gun is legal. Kinda like two flags on the same play... and they both count!

While this is Guion's first run-in with the law, his future remains a bit unclear at this point. The details missing in this story are: why was he stopped to begin with? And once he was stopped, what prompted police to make a search of the car? Any tips or ideas? Leave your comments below!