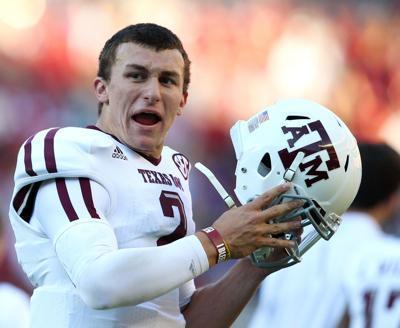 Ladies and Gentleman, it's official! According to family on January 28, 2015 Cleveland Brown Quarterback Johnny Manziel entered into a "treatment facility" -- aka rehab! YAY!

We had originally reported on the bad behavior of Johnny Manziel back in December. Something that definitely wasn't new to anyone. However now it seems things have gotten a little out of hand.

Brad Beckworth, a family adviser had this to say: "Johnny knows there are areas in which he needs to improve in order to be a better family member, friend and teammate and he thought the off-season was the right time to take this step. On behalf of Johnny and his family, we’re asking for privacy until he rejoins the team in Cleveland,"

Other statements have come out from his teammates of course in support of his decision to seek help. While we of course acknowledge the family request for privacy, things obviously weren't so private in Johnny's life over the past few years. All we have to say is come out clean and stay out of trouble little Johnny, you got a big career ahead of you!

Learn more about the story here.