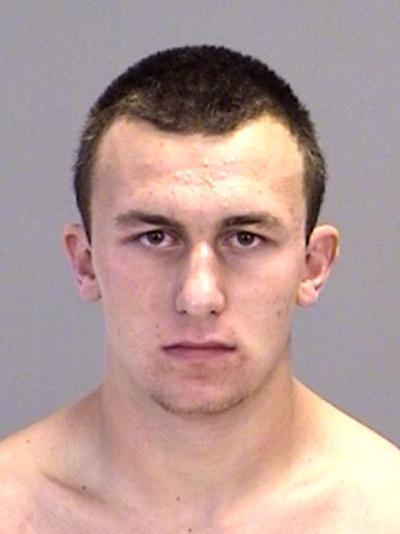 Originally reported on December 27, 2014 Johnny Manziel was fined by his team for being late for treatment of his injured hamstring. Apparently Johnny Football was late due to all the partying he did the night before. This coming after he had vowed to "take his work more seriously". It has now {modal http://www.mysanantonio.com/news/local/article/Manziel-parties-in-Miami-after-apologizing-for-5990165.php}been reported{/modal} that after apologizing for his recent partying antics he has outdone himself once again. This time with a night on the town in Miami, chugging down Champagne. The fine reporters at MySA very rightly stated, "Johnny Football... seems to be more of a professional socialite than a professional quarterback!" Took the words right out of our mouth!

The worst part about the Miami chug-fest is that it all happened hours after apologizing for his past antics saying "it's about being accountable and doing what I'm gonna say instead of looking like a jackass" Uhh... looks like you spoke a little too soon Johnny. It's hard to believe this guy. The night on the town party before the showing up late to treatment flub was another denial where he of course did look like a jackass because in fact the party was one he had thrown himself. Huh? We know that sounds complicated. Maybe we can simplify the story a little. This dude is out of control! How's that?

His drinking habits and his recent tardiness are not what we are most concerned about, Let's take a look at his past, more serious problems and where one particular incident landed him! On June 29, 2012 Johnny was arrested and charged with three misdemeanors -- disorderly conduct, failure to identify, and possession of a fictitious driver's license. The charges came after a "late-night fight" in College Station, Texas. He later plead guilty to the failure to identify charge. The other charges were dismissed. This so-called late night fight happened after a friend of Johnny's shouted a racial slur at a man on the street (all this no doubt fueled once again by alcohol.) The man then approached Johnny and his friend. Johnny put himself in the middle, and... well...you can figure out the rest. Pow! Go to jail.

When asked about this fighting incident Johnny stated that he had learned from the mistake and "had to make a lot of changes in [his] life." We can't blame the guy, he's only human. But still, he seems to be making way too many mistakes. And we continue to wonder when those changes we keep hearing about are going to come? Better come soon or Johnny Football may find himself to be Johnny Unemployment Line.