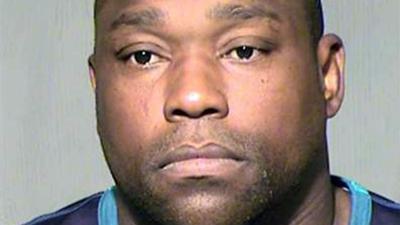 UPDATE: Straight out of an Arizona court room, Warren Sapp has pleaded guilty to solicitation and assault of 2 prostitutes in an incident that took place in an Arizona hotel room three months ago. But get this, he's getting off pretty easy (apparently the last time he got off this easy was 3 months ago in that hotel room!) Sapp will not be serving any time behind bars and has been required to enroll in two counseling programs. Some are calling these programs "hooker rehab". The best part is that one program he's already finished and the other program he is currently in. Sapp was also ordered to pay restitution to the prostitutes, $1,171.24 to one, and $150 to the other. That brings the total amount paid to both prostitutes: $1921.24 -- a pretty expensive trick! Check out the original story...

On Monday Feb 2, 2015, Warren Sapp, a Hall of Famer and former NFL linebacker for the Tampa Bay Buccaneers and Oakland Raiders, was arrested on suspicion of soliciting a prostitute and assault. No, couldn't be! Another (former) football player looking for a good time? Then knocking around the dumb bitch? (Two bitches in fact!)

Sure enough just hours after being arrested the NFL Network fired Sapp who had worked as an analyst since 2008. All for merely suspicion? Or was it hitting those two women that did him in? We say time and time again, if CEO's (or even "normal" people) would lose their jobs for prostitution or domestic violence, there would probably be a whole lot more people out of work now!

This sounds like your typical prostitution gig gone wrong. After a dispute over payment the whole thing turned into a physical altercation that spilled out into the hallway. Leave it up to top notch detective work that determined "an act of prostitution" had occurred in the guest room of the hotel by at least one of the female escorts who was there. So that's what they call it nowadays? An "act of prostitution"? What is this fucking Shakespeare? The guy got a blow job! Even Sports Illustrated and Fox News have to clean this up? Okay, we understand, there are rules and standards, can't forget that kids might be reading. But at intorehab.com all is fair in love and war....and blow jobs. A police spokesman said that Sapp did in fact admit to the "act of prostitution" (did he also call it that?) but denied assaulting the females. Yes, he denied the one thing that apparently found its way outside of that hotel room.

Seems like the punishment of losing his job is going to be the worst of it though. It's been reported that if convicted Sapp will face a maximum penalty of $2,500 fine (which he might not be able pay, even after making it rich with his football career. He apparently declared bankruptcy in 2012 and owes more than $6.7 million to creditors and back child support and alimony), 6 months in jail, three year's probation, and a mandatory 15 days in jail if convicted on the prostitution charge. Fifteen days? Seems like just enough time for something to take place there... don't drop the soap Mr. Sapp!

Aside from Sapp's bankruptcy issues, he has had another run in with the law, and, you'll never believe it. It was the day before the Superbowl in 2010! Then it was charge of domestic battery -- which those charges were later dropped.

So, what happened to the women in this whole mess? Well, they didn't go to the hospital, both were "cited" for prostitution and a violation of the city's escort permit requirements. They were then released. We wonder though what sort of acts took place between them and the investigating officers to get off so easy (maybe they weren't the only ones getting off?) Just sayin'!

Here is the picture from his 2010 arrest: 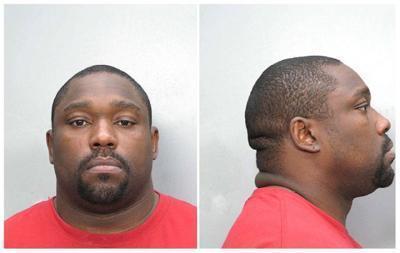