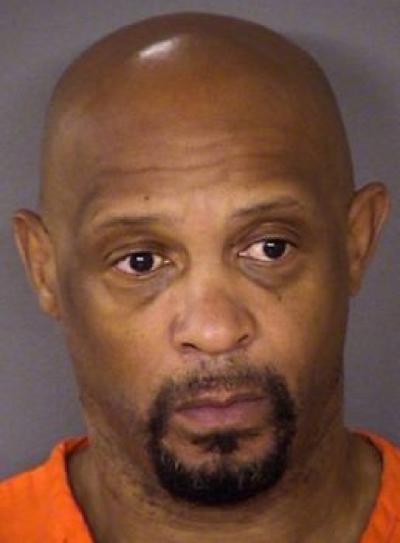 Former San Antonio Spurs player Alvin Robertson was arrested in the early part of January 2015 after cutting off a GPS monitor that he had been wearing while out on bond.

Oh brother! Getting arrested for cutting off your GPS tracker! "But officer, I swear, it just fell off! ... Yes, yes, the knife fell down and cut right through it!" Robertson received this tracker after being released from jail on December 12, 2014. The whole story originated all the way back on February 26, 2010 when Robertson was arrested for alleged sexual assault of a child. He was also charged with sex-trafficking of an underage girl. Robertson was part of a sex ring that once kidnapped a young girl from San Antonio and forced her to have sex with clients at a Corpus Christi strip club. We don't know what's worse... being forced to have sex or being in Corpus Christi. The girl managed to escape, being sure to not only run away from her captors as fast as possible, but also to get the hell out of Corpus Christi.

Although Robertson's basketball career ended in 1996, somehow nearly 20 years later the guy is still making news. Pretty good! But... for all the wrong reasons. This isn't Robertson's first run-in with the law and we would imagine so! After all. sex-trafficking is a pretty heavy charge. Although coming so many years after his career ended, maybe he must have just been bored. Anyway, in 1990 he spent a short time in jail for beating his then wife. In 1997 he pleaded no contest to four misdemeanor charges of abusing a former girlfriend -- and ended up spending a year in prison. And in January of 2007 he was arrested again on a number of charges related to domestic violence. We guess his track record with the older ladies wasn't the best, so he decided to go for the younger ones. Didn't seem to work out too well! This guy needs to go where we don't need to keep track of him - straight to jail!