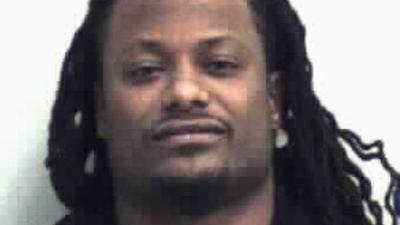 On January 7. 2015, in the late morning hours, Chicago Bears cornerback Tim Jennings was arrested and charged with DUI, speeding, and reckless driving. A football player wins the trifecta!

Our first question is: since he was arrested on DUI charges in the late morning, when did this guy start drinking? The night before on an all night bender or a liquid breakfast? What? The incident occured in Gwinnett, Georgia where Jennings was spotted going 99 mph in a 65 mph zone on Interstate 85. After approaching the vehicle the officer noticed a "strong odor" of alcoholic beverages and the investigation began. Like we said, this happened in the morning... was he creaming his coffee with Bailey's? No matter, they hauled him in, booked him and threw him in the tank.

Jennings enjoyed his three hour stint in jail (where he hopefully sobered up) and was released on bond. The Bears ("Da bears...") of course issued a statement saying that, "We are aware of the reports regarding Tim Jennings' arrest. We are currently gathering information to learn more about the circumstances surrounding the situation." This is always fascinating to us... what's not clear about DUI, reckless driving, and speeding? Oh, did we mention he's a football player? We rest our case.

After a little research we have to conclude that this appears to be Jennings' first run in with the law. Perhaps until now he has been the exception to the Into Rehab Rule (that all football players eventually get arrested for something!) We wonder how proud he is to finally be joining the club. Next time Tim, maybe start drinking a little later in the day and then call uber. Or better still, skip the sauce and just slow down!