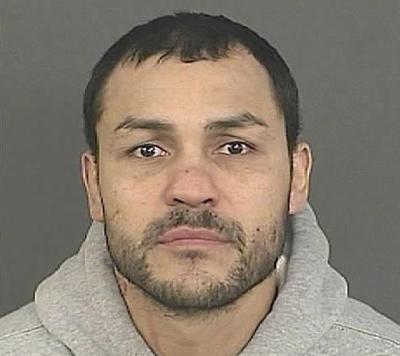 On January 3, 2015 Professional Boxer Mike Alvarado was arrested in his home-town of Denver, CO during what was seemingly a routine traffic stop. The result for Mike was anything but routine.

Alvarado was riding with another person in a Hummer when they were pulled over by Denver Police at around 4:15 am. The officer pulled them over after noticing that the car had an expired registration. We always find this to be the worst situation: a guy gets pulled over for such a simple thing and ends up getting nailed by the police on something else entirely. During the stop, police noticed Alvarado putting something into the glove box as they approached the car. Busted! A search was then run on Alvarado and it turned out he had a felony warrant. Police took him into custody and then upon making a search of the car, found a gun in the glove box. He was charged with suspicion of being a convicted felon in possession of a weapon. Seems like Alvarado ended up getting the "1-2-punch" with this one.

Unfortunately he is known for more than his boxing career. We are sad to report that this little incident is not his first run in with the law. It has been {modal http://www.denverpost.com/news/ci_27260587/police-denver-boxer-mike-alvarado-arrested-weapons-charge}reported{/modal} that Alvarado in fact has a lengthy criminal record -- maybe even as long as the number of times he has won boxing matches! Take the time when he was arrested in October of 2013 during a traffic stop (oh man!) on the same weapons charge (damn!). But listen, what can you expect from a guy who's a tough fighter like him. Perhaps he's also a lover. Here's one thing he definitely won't love -- being in jail! Words of advice, if you can - get a permit, don't commit crimes, and at the very least don't ride in a car at 4AM with some bozo who has an expired registration!