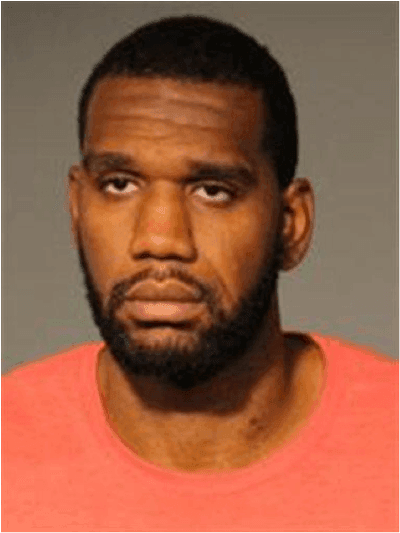 Greg Oden, the once number one overall pick in the 2007 NBA draft was arrested and charged with battery on August 11, 2014. No, seriously! Hard to believe for a professional athlete, huh?

Oden was arrested after allegedly punching his ex-girlfriend in the face on August 7th in Lawrence, Indiana. This seems to be the first time Oden has been in trouble with the law. And his younger brother, Anthony who played as an offensive lineman for the Arkansas Razorbacks, has had his fair share of run-ins with the law as well (specifically DUI charges.) Run-ins runs in the family, right?

From the looks of the mug shot above, it doesn't seem like Oden is a happy-camper. According to the police he had admitted to "swinging his arms" and "punching the victim in the face". Generally that's what happens Mr. Oden, when you swing your arms at someone... it's very likely they will get hit in the face. Guilty as charged!

Let's hope that things get better for Greg, and in the future the only "heat" he will find himself in will be the Miami Heat!

UPDATE: As of February 2015 Oden has struck a plea deal. The following has been reported by {modal http://www.indystar.com/story/news/crime/2015/02/03/miami-heat-player-greg-oden-reaches-plea-deal/22807523/}The Indy Star:{/modal} "In December 2014, court documents state Oden pleaded guilty to battery with moderate bodily injury, a felony, while the other three charges were dismissed.

At sentencing, Oden was fined $200 and ordered to complete 26 weeks of domestic violence counseling, alcoholics anonymous classes and 909 days of probation, court documents state. A no contact order was also put into place."