Tyrann Mathieu - Why Is This News? 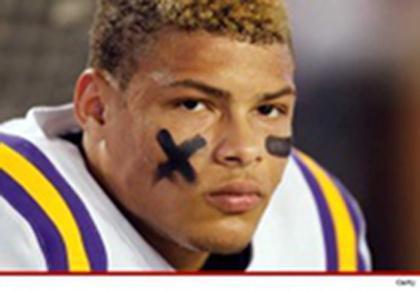 Tyrann Mathieu, the former LSU football player who was kicked off the team for allegedly violating the so called school's so called "substance abuse policy"- has....  Wait for it...  Checked, himself, into.... Rehab.

Mathieu's father, Tyrone, told WVUE-TV in New Orleans that the Mathieu, who was known as the "Honey Badger" (named after the notoriously ferocious African ratel that is known to rip the testicles off of its prey), has been at the Right Step in Houston since Monday.  It's still unclear why anyone would be in a children's shoe store such an exceedingly long period of time, but sources speculate that the bizarre behavior is a result of checking himself into rehab.

Mathieu, a 2011 Heisman Trophy finalist, is being mentored by former NBA player John Lucas, who had similar problems (with drugs, not shoe store loitering) in the 1980s.

Mathieu's father stated that Tyrann will focus on his issues before deciding whether or not he will return to sports.