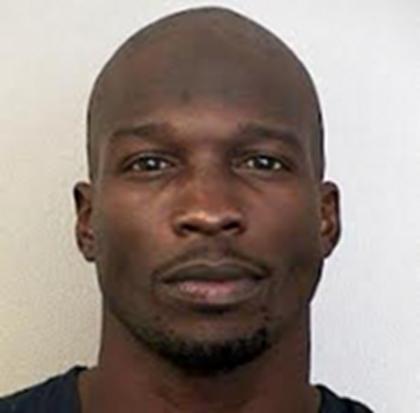 Miami Dolphins player and former Dancing with the Stars contestant Chad Johnson has been arrested on a misdemeanor domestic violence charge in Florida.

Johnson, 34, formerly used the last name Ochocinco.  Although he was never indicted for using such a stupid name, many people to this day speculate as to whether or not he got away with some wacked out shit like calling himself 8-5... Jesus Christos.

He was arrested Saturday night after he allegedly head-butted his new wife, Basketball Wives star Evelyn Lozada, during an argument, NFL.com reports.

Johnson was taken into police custody and is expected to be released from Broward County Jail Sunday morning.

The couple, now filming a reality show for VH1, Ev and Ocho, tied the knot last month in Miami.