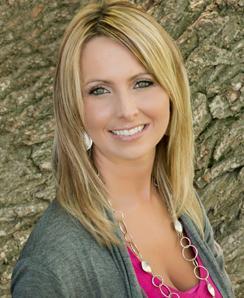 FEBRUARY 15, 2017 - -A Utah mother of six and her boyfriend are facing voyeurism charges for allegedly using a drone to peep into the bedrooms and bathrooms of several victims. Why did this take so long?

Cops in Orem began investigating the peeping after a witness spotted a drone hovering outside his bathroom window in early-December. The witness seized the drone when it touched down in a nearby church parking lot, and later turned it over to police.

Upon examining the drone--a DJI Phantom 4--the witness discovered “multiple videos recording individuals inside their residences through windows. Some of the recordings were multiple stories high in apartment complexes,” according to a search warrant application[1] prepared by the Orem Police Department. The drone’s SD card also contained “footage recording near windows outside of residences with no one recorded.”

As reported by the Deseret News[2], the footage also included images of the man flying the drone (and what appeared to be the operator’s pickup truck).

A police review of the $1200 quadcopter’s videos led first to the identity of the vehicle[3] and then its registered owner, Aaron Foote, 39. According to police and court records, Foote’s rap sheet includes a 2008 conviction for a voyeurism incident at a Utah tanning salon. Foote has also previously been collared for burglary, theft, and domestic violence.

Foote and his girlfriend, Terisha Lee Norviel, 34, were each charged with misdemeanor voyeurism by electronic equipment for the Orem peeping videos. Seen above, Foote and Norviel are scheduled to attend preliminary hearings in the next several weeks.

Norviel, the mother of six children, is a licensed real estate agent. According to 2016 bankruptcy court records, Norviel was in the midst of a divorce from the father of her brood. (3 pages)...

Read more from our friends at The Smoking Gun http://www.thesmokinggun.com/documents/crime/utah-couple-busted-for-drone-peeping-820493