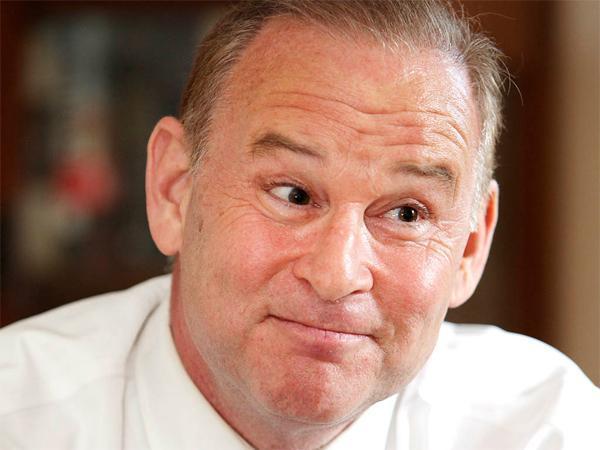 On February 17, 2015 former Pennsylvania Treasurer Rob McCord pleaded guilty to two attempted extortion charges. Being a former treasurer, it sounds like extortion was right up his alley! This guy knows money! Next skill to master - making license plates.

It was at the end of January 2015 when the allegations first came about. McCord had apparently used his position as treasurer to extort around $125,000 in contributions for his failed 2014 campaign for governor. The money was to come from a law firm and property management company. Oh... so a politician was extorting money from a bunch of  lawyers. Is there no honor among thieves? Just askin'.

McCord resigned on January 30, 2015 shortly after the story broke and already there was speculation that he would plead guilty. Well, that's one promise this politician has kept. Guilty as charged! Although his sentencing is unknown at this point, McCord's guilty plea could land him a maximum of 40 years in prison and a half a million dollars in fines. However being who he is we are not expecting him to receive such a severe punishment for just some good ol' extortion. So don't count him out. For some in politics a little brush with the law is how they earn their "stripes".