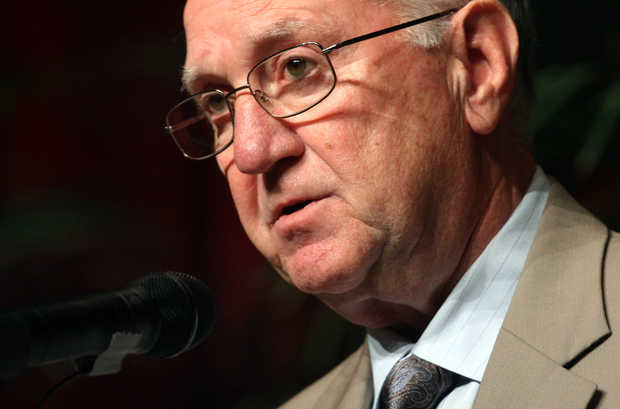 In January of 2015, A.J. Holloway, Mayor of Biloxi, Mississippi checked himself into an alcohol treatment program, aka rehab -- good for him!

While we agree the Mayor of Biloxi, Mississippi isn't the most prominent of politicians, it still warms our heart to see such a man make the decision to check himself into rehab! Props! *fist-bump*.

Of course a statement was released by the city that "Mayor Holloway and his family are certainly in our thoughts and prayers at this time." What they didn't add is that they probably can't wait for the guy to come back to work not stumbling around and smacking his secretaries on the ass (this is purely speculative though on our part.) The statement went on to read that, "This is a decision Mayor Holloway reached himself, with the support of his family, and we're certainly confident of a full and timely recovery"-- yeah, sounds like things had hit rock bottom!

We'll spare you the details of who will be taking his place and how long he might be gone (read about that {modal http://www.sunherald.com/2015/01/29/6044410_biloxi-mayor-aj-holloway-checks.html?rh=1}here{/modal}.) All we have to say is Mayor Hollloway probably never imagined he would reach the pages of Into Rehab. Let's hope this is your last time, Mr. Mayor.

UPDATE: Reports are in and it's looking pretty grim -- okay, that was a cheap joke, we'll admit! But the longest-serving mayor of Biloxi, currently in the middle of his sixth term, has left the building. That's right, the boozer himself, has resigned. Read more about it {modal http://www.usatoday.com/story/news/nation/2015/03/05/biloxi-mayor-rehab-resigns-office/24462663/}here{/modal}. Better luck with the next mayor!